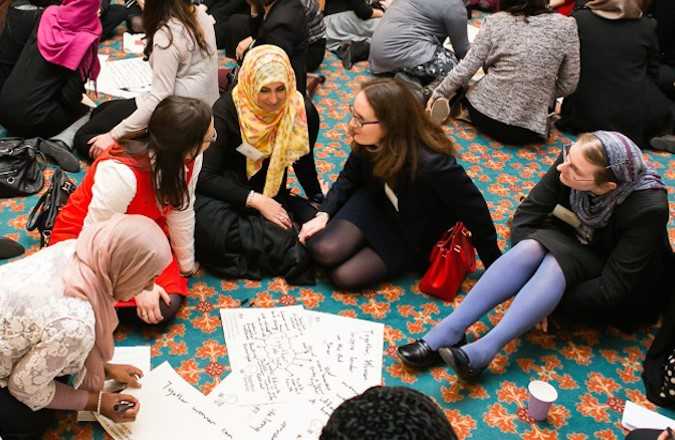 Please join Queens University’s Stan Greenspon Center for Peace and Social Justice; Diversity, Inclusion, and Community Engagement; and the Chapel for an evening with Armin Langer on Wednesday, March 14, 2018 at 7 p.m. in Ketner Auditorium (on the Queens’ campus).

In Germany, each day there are 4 anti-Semitic, and almost 10 anti-refugee attacks committed. In 2016, in the last general election, a far-right party entered the Germany parliament for the first-time since the 1930s. There is, however, an alternative to fear and hate. This alternative is, simply, solidarity. The Salaam-Shalom Initiative, which started in Berlin and has now chapters in seven other European cities, stands since 2013 for a joint struggle of Jews, Muslims, and allies against anti-Semitism and Islamophobia. In his presentation, Armin Langer will share his story in the service of this message of peaceful coexistence in Germany and Europe.Armin Langer was born in Munich but grew up in Vienna and in the western Hungarian town of Sopron. He studied political philosophy at the Eötvös Loránd University in Budapest and rabbinical literature at the Conservative Yeshiva in Jerusalem.

Armin Langer studied Philosophy and Jewish Theology in Budapest, Jerusalem and Potsdam (BA, BA, MA). A freelance writer based in Berlin writing for German and international outlets like “Die ZEIT”, “Deutsche Welle” or “JEU – European Jewish Magazine”, he recently published his book “Ein Jude in Neukolln” (A Jew in Neukolln). He is the coordinator of the Jewish-Muslim activist group Salaam-Shalom Initiative. You will find a selection of his op-eds in German and English on: arminlanger.net.

Armin Langer will share his wisdom and experiences as the coordinator of Salaam-Shalom.