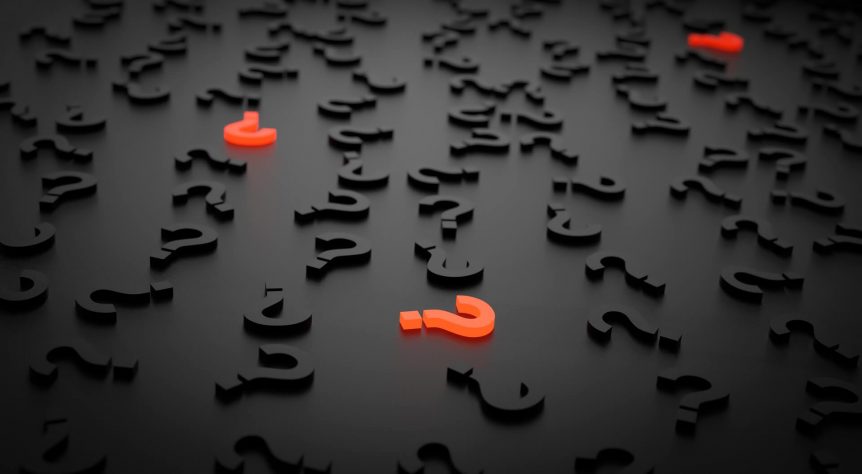 According to the American Immigration Council; “The 287(g) program is named for Section 287(g) of the Immigration and Nationality Act (INA). Section 287(g) became law as a part of the Illegal Immigration Reform and Immigration Responsibility Act of 1996 (IIRAIRA). Through the 287(g) program, state and local police officers collaborate with the federal government to enforce federal immigration laws. In the past, studies have been numerous showing the 287(g) program has been costly for localities, has focused less on serious criminals (its original intent), and has contributed significantly to the deterioration in the relationship between police and local communities.”

Mecklenburg County, Gaston and Cabarrus are all long-time signatories to 287 (g). Wake and Henderson Counties also participate. North Carolina has the highest concentration of county 287(g) Memorandum of Agreements (MOUs) in the US, after the state of Texas. There are currently 59 MOUs in 17 states (37 jail models in 16 states as of 2017). Mecklenburg County was the first in the state to jump on board in February 2006 and the first east of Arizona at that time.

The original objective of 287(g) was clearly to target offenders of serious crimes that posed a threat to the public or federal interest. The words “federal interest” were removed as part of the Executive Deportation Order signed by the current administration in January 2017. In the eighteen months prior to the November 2016 election, on the campaign trial, our current President vastly expanded the use of the term criminal alien, warning that such unauthorized immigrants “routinely victimize Americans,” disregard the “rule of law and pose a national threat to people in communities across the United States”.

Despite those assertions, abundant nonpartisan research shows lower levels of crime among immigrants than among native-born Americans, consistently. [1]

The new Executive Order on Deportation (EO) unleashed the full force of the federal government, leading in effect to what is today a focus toward immigration removal, regardless of severity of crime or a determined threat to public safety.

The only statistical study we have come across that examines the best available data on the 287(g) Program to estimate the costs and efficacy of this new public policy in North Carolina since 2006 is a UNC-Chapel Hill study done in 2010. This report concluded the 287(g) program; a) did not enhance public safety as there is little evidence that crime reduced, b) increased victimization of immigrants, c) led to underreported crime, d) incurs local, state, and federal taxpayer costs associated with program start-up, daily operations, and maintenance.

A comparative study of 287(g) implementation between the city of Durham and the County of Alamance was written in June 2015 by the same authors and provides further insight into the effects a 287(g) agreement has on communities.

We have not been able to attain current data tracking efficacy, specifically whether the 287(g) agreement in Mecklenburg County has a direct effect on reducing serious crime. More so, disclosures on deportations in the year 2017 from the Mecklenburg County Jail, which total 288, regarding those related to serious felonies versus those deported for minor crimes or infractions, have not been answered to date.

What we do know for Mecklenburg County:

Removals or deportations in 2017 through the Mecklenburg County jail increased 316% from the two years prior yet encounters with the U.S. Immigration and Customs Enforcement (ICE) remained fairly steady. Unless specific disclosures by the Sheriff´s office through a review of the detainer data for the year prove otherwise, it appears the office is participating openly and collaboratively in a wider net cast toward immigration enforcement over pursuit of serious criminal activity. This can be ascertained through an examination of the term convicted criminal and how it has been expanded beyond what is generally perceived as the gravity of those two words by the public, for purposes that ICE can present an entirely different and possibly convincing narrative as it relates to “threat to public safety and national security”.

It is important to also note and emphasize the detainer request (holding an individual for 48 hours longer than the time he/she should be released) and the non-judicial warrant allowed, deprives individuals of due process, denying an immigrant´s release in accordance with the law, without probable cause. This is a direct violation of a fundamental right enshrined in the Constitution´s Fourth Amendment for more than two centuries. All persons in the US, regardless of status, have this right under our Constitution.

County resources are being dedicated to this which in effect is funded by tax payer dollars. Any litigation that occurs over the detainer method will in effect be paid by NC tax payers. Information has not been forthcoming by the Sheriff´s office on what is the budget impact of the 287(g) program or litigations incurred as a result.

On November 29th, 2017, in a Steering Committee in Charlotte at the Sheriff´s offices, data was not revealed of the percentage of serious felonies versus misdemeanors and minor crimes of the 15,478 deported since 2006 from the Mecklenburg County Jail. The only statistical breakdown provided was 3,904 as DWIs. The response by the Director of the 287(g) program of the Mecklenburg County Jail was, “We don´t have that data.” This was the response to all questions on specific data in that meeting of November 29th, 2017, in Charlotte. Steering Committee meetings with the community and public, aimed to present the results of the program, with full transparency, originally were required by 287(g) MOUs but were dropped.

After 12 years, more than 15,000 deportations have occurred in Mecklenburg County because of 287(g). The only figure the Sheriff´s office will release in terms of detailed disclosure regarding the arrest nature of this figure and over 4,000 of the aforementioned figure are for DWIs. If serious criminal activity (Class A-I felonies or serious misdemeanor categories) were the primary focus, why is that figure not publicly displayed?

Several relevant questions remain pertaining to Mecklenburg County Jail´s data with respect to their 287(g) agreement and are listed at the end of this article.

It is widely known the critical role trust, mutually cooperative, and supportive relationships between law enforcement and local communities are toward ensuring public safety for all, especially in the efforts to remove violent offenders. As police agencies move away from their core role of ensuring public safety and begin taking on civil immigration enforcement activities, the perception immigrants have of the role of police moves from protection to arrest and deportation. The communities we advocate for (Davidson, Huntersville, Cornelius and Moorseville) simply will not report crimes they are witnesses to or are victims of, as a result of the January 2017 Deportation Order and expanded mandate of ICE. The distinct functions and boundaries of local law enforcement and that of the Department of Homeland Security are not necessarily distinguishable in the eyes of the community. ICE officers do not have to be uniformed. I have verified this with the Director of ICE-ERO, Charlotte Field Office, personally. As witnessed by our police force, if an ICE officer is uniformed, this often consists of the words POLICE as primarily visible with U.S. Immigration and Customs Enforcement less visible. The 287(g) program has incentivized racial profiling. The distrust sowed drives the community into the shadows and their daily lives are affected.

In a review of DOJ Inspector General Reports, some jails in the U.S. make a clear distinction and will only comply with a detainer request when the inmate has a prior serious felony conviction such as murder, rape, arson, domestic violence, illegal possession of a firearm, gang membership, narcotics smuggling, sex trafficking, money laundering or is on a terrorist watch list. Minor crime violations are not detained. This type of policy clearly was not undertaken by the Mecklenburg County Jail. The aforementioned UNC-Chapel Hill study revealed from data received from all five counties of NC in a comparison of misdemeanors versus felonies, between 2006-2008, 86.7% of all individuals booked through the program were charged with misdemeanors, while 13.3% were charged with felonies. At that time the focus on detaining and deporting immigrants for driving related incidences and misdemeanors suggested the program was not prioritizing high risk criminal aliens (an ICE term), as outlined in the original intent of 287(g).

Barbara Randolph has a MBA from the Wake Forest Babcock Graduate School of Management (83´) and served as the Executive Director of the Fundación México en Harvard since 1996, in Mexico City, Mexico. Having relocated to Davidson in 2017, she is currently exploring her next endeavors, but her work voluntarily today resides principally in advocating for the immigrant communities in the northern corridor with the group WEMAD, Women Energized to Meet and Demonstrate.  She also does interpreting for the Ada Jenkins Center in their work with the community, mentoring Latina adolescents for Circle de Luz and Chidsey Leadership Fellows for Davidson College.

1 (Social Science Quarterly – Green 2016)(Hagen, Levi, Dinovitzer – 2008)(Butcher and Piehl – 1998)(Hagan and Palloni – 1998), Researchers find either no significant relationship between crime and immigration, or they find that immigrants are less likely to commit crimes compared to natives. These results hold steady across country level analyses (Tonry 1997, Yeager 1997) as well as national level (Chen and Zhong 2013; Mears 2001)city level (Bradshaw et al 1998; Martinez and Lee 2000; Ousey and Kubrin 2009) and neighborhood level studies (Alaniz, Cartmill and Parker 1998; Samson, Morenoff and Raudenbush 2005). A number of 10 explanations for this phenomenon have likewise been suggested, such as immigrant self-selection resulting in hard working individuals making positive contributions to the host economy (Borjas 1993;Cobb-Clark 1993, Model 1995), immigrant optimism and determination in the face of hardship and disadvantage (Kao and Tienda 1995; Martinez 2006) and close family and community ties reducing the propensity to commit crime (Ousey and Kubrin 2009; Samson, Morenoff and Raudenbush 2005).