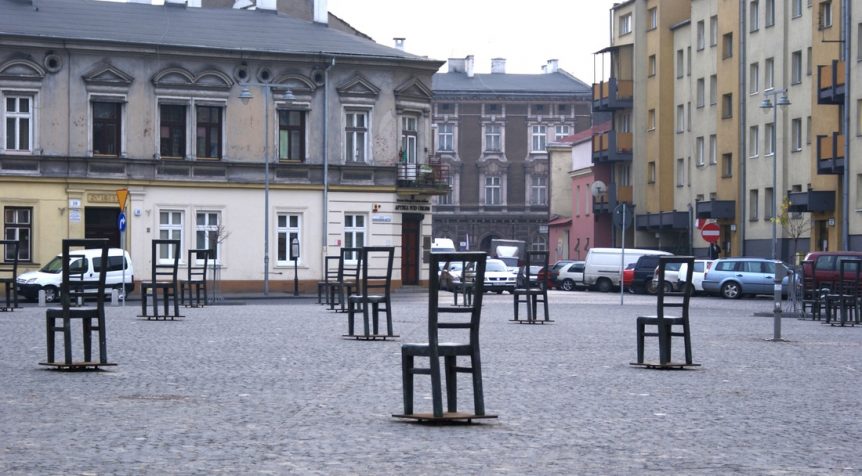 International Holocaust Remembrance Day occurs on January 27th. The nation of Israel will hold Yom Hashoah commemorations this year beginning at sundown on the 27th of Nissan (April 7th according to the Gregorian Calendar). This difference begs the question, “How important is a date?”

As a teenager, I lived in Jerusalem and while many details from those middle school years are fuzzy, my memory of the Yom Hashoah ceremony at school will never fade. Each year, on the 27th of Nissan (the Gregorian date shifts year to year) the entire nation stops at 11 am as a two-minute siren blast halts all movement. The day is filled with community-wide gatherings. School students wear white and hear solemn testimonies from survivors. Radio and television stations broadcast Holocaust-related programs. The experience was always extremely emotional — for me and seemingly for everyone.

The 27th of Nissan was selected in April 1951 by a Knesset resolution because the date was near the anniversary of the Warsaw Ghetto Uprising, the most prominent act of Jewish resistance during the Holocaust. (The actual uprising occurred on the 14th of Nissan but wasn’t selected because it was the eve of Passover). Originally named Yom Hazikaron la Shoah Ve-Mered Hagetaot — Holocaust and Ghetto Revolt Memorial Day — the new state of Israel chose to reject a remembrance focused on victimhood. Instead, they elevated the memorialization of physical resistance, even though physical rebellion by Jews was uncommon.

The entire nation of Israel stops in unity to remember the lowest point in Jewish history. This physical act connects each person to their homeland and to the Jewish people. The message of Israeli Holocaust ceremonies is clear and consistent – Jews now have a home. The creation of a Jewish state enables Jews to protect themselves and to rescue and shelter other Jews anywhere who are threatened by persecution.

In 1978, the U.S. Congress declared April 28-29 as the Day of Remembrance of Victims of the Holocaust. These dates marked the anniversary of the American liberation of Dachau. And so, the U.S. chose to commemorate the victims on a date significant to Americans. For decades, the US was the only country outside Israel to hold a national Holocaust commemoration.

In 2005, the U.N. designated the anniversary of Auschwitz’s liberation on January 27th as International Holocaust Remembrance Day. They sought to reject any denial of the Holocaust as a historical event. Their vision was to urge member states to recall past crimes and develop educational programs to prevent future genocides. The U.S. moved its date of remembrance to January 27th, and as of 2020, 32 other countries recognize this day.

Israeli Holocaust commemorations teach about the Jewish history of heroism and hardship and the value of having a homeland. American and International commemorations educate about genocide as a means of preventing future genocides. Different dates, different particulars. So, which one is the ‘right’ one?

For me, Holocaust commemoration is not confined to a certain date. It occurs in moments of connection. Last summer, I attended Shabbat services at the Pestalozzistrasse Synagogue in Berlin. Due to its location within a courtyard and next to German-owned buildings it was not set ablaze during Kristallnacht. The building was rededicated in 1947 by the fledgling Jewish community that survived the war. I was struck by the concept of absence of presence and presence of absence. I pondered all the descendants of the victims who should have filled the pews. The recitation of the Mourner’s Kaddish took on new meaning in this setting. On my walk back to the hotel, I stepped over the Stolpersteine – the memorial stones embedded in the sidewalk commemorating individuals who last lived in that spot before they fell victim to Nazi terror. I read each one as I passed.

I have had similar moments of powerful contemplation over the years from simple acts such as seeing a Holocaust survivor interact with their grandchildren or witnessing a student have an “ah-ha” moment during a lesson on the Holocaust. Recently, I was moved watching a middle school student wipe away a tear after hearing a survivor share testimony.