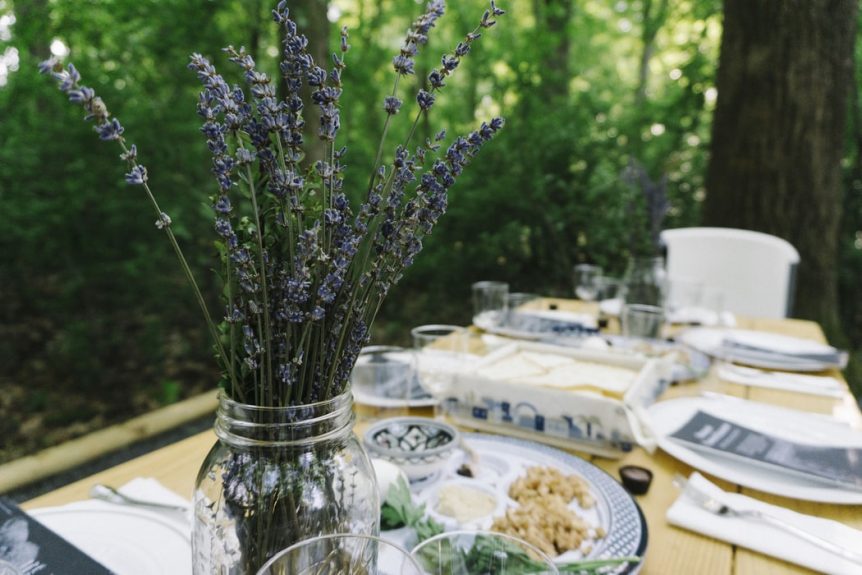 The Jewish holiday of Passover begins on the evening of Saturday, March 27th.  The narrative of the Exodus has inspired countless communities in the past and today to fight for freedom.  Our Seder supplement is designed to enable you to bring contemporary conversations on oppression and liberation to your holiday table.

In each and every generation a person must view themselves as though they personally left Egypt. – Talmud, Pesachim 116b

For a PDF version our Seder supplement click here.

In Judaism, the word and commandment “Zachor – remember” requires not just thought but action.

As we just lifted our first glass in remembrance of our redemption,

what oppressions of the past year should we be recalling at our Seder table tonight,

and working to eradicate tomorrow?

The Washing of the Hands

(the first washing is said without a blessing)

We wash our hands

for ourselves and our health,

for our families and those we love,

for the wellness of those we encounter in our community,

for our world and its wellbeing.

Ha Lachma Anya – This is the bread of affliction 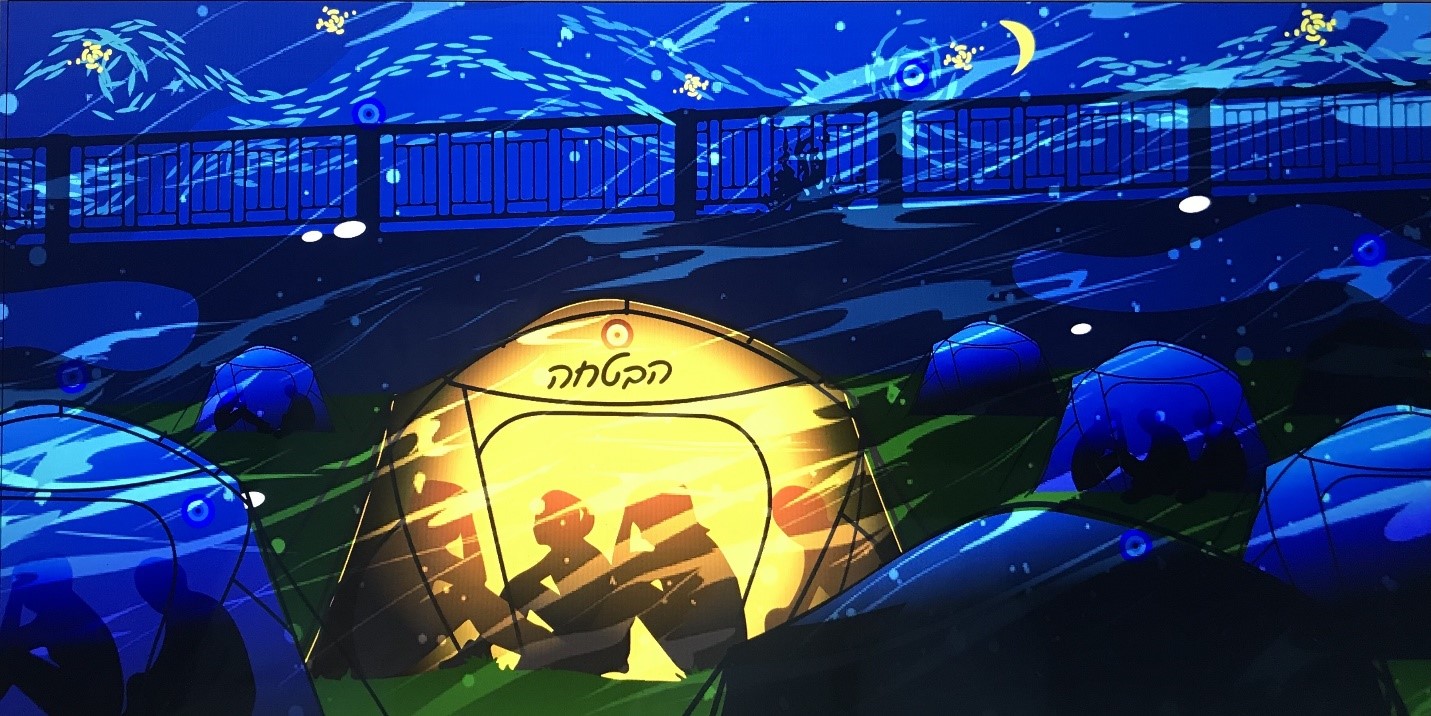 Anyone who is hungry: Come and eat.”

The mural above painted by street artist and Queens University professor Mike Wirth is called “Havtachah – The Promise” an interfaith project in honor of those living in tent cities in Charlotte.

What promise should society make to those who are impoverished?

What promises should people of faith make to those who are living in poverty?

What promises should we make to those locally who are facing economic hardship?

[This “Havtachah – the promise” mural is part of a national initiative called “Dwelling in a Time of Plagues” Passover project. It is part of a coast-to-coast exhibition mobilizing Jewish artists, authors, artistic & cultural networks, & museums as a creative response to the real-world plagues of our time. It is also part of a local interfaith effort on display from Passover through Easter and Ramadan. The mural will be at Camp North End during Passover, at Queens/Myers Park (April 4-11), at the Muslim Communicty Charlotte (April 11-18), at Temple Beth El/Shalom Park (April 18 to April 25), and at MeckMIN/Park Road Baptist Church (April 25 to May 12).]

When will our history of racism as a country be honestly told?

When will our Black siblings be free from fear and danger when encountering police?

When will almost all outcomes from health to wealth stop being determined by race?

to our siblings of color? 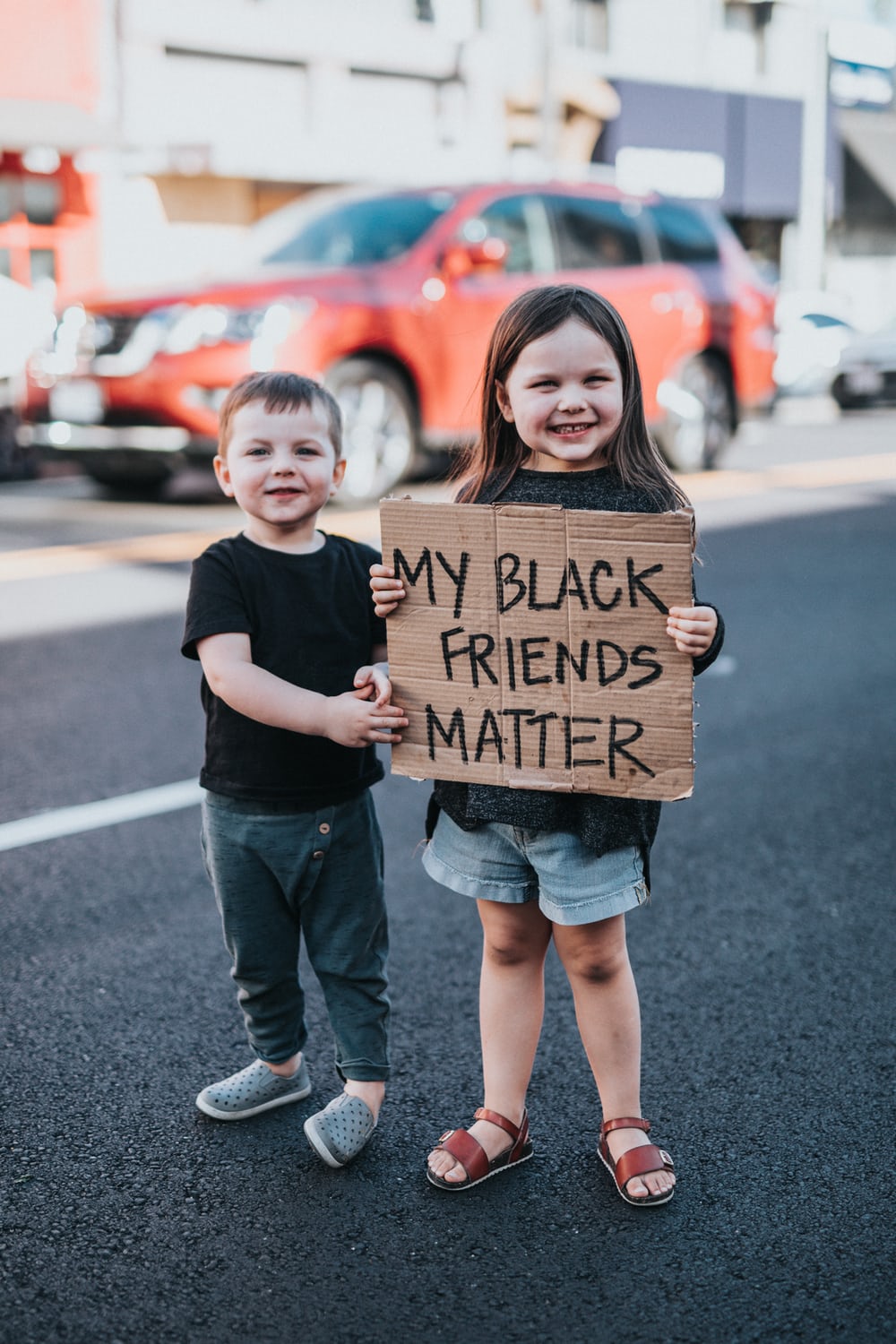 Responding to the Global Refugee Crisis:

The Four Children of Passover

(Adapted from the HIAS Haggadah)

The one who ignores . . . She turns off the news and social media, speechless as she considers the magnitude of the problem. “80 million displaced people?” she wonders, “It couldn’t possibly be that many.”

The one who deflects . . . They want to attend the rally for refugees and sign that petition, but they lost track of time with so many other pressing issues demanding their attention. “Someone else will take care of this issue” they console themselves, “I’ve got other priorities.”

The one who abandons . . . He knows that Jewish values command him to welcome the stranger, but he cannot reconcile that with his worries about the economy and his fear of terrorism. “It’s not the same as when my grandparents came to this country,” he says defending his position.

The ones who understand . . . They see that the Jewish refugee story never really ends; our role in the story shifts. Together, they take actions big and small. While they know they cannot complete the work, they do not desist from trying to make a difference. “We used to help refugees because they were Jewish,” they say, “But now we help refugees because we are Jewish.”

Maggid and the Women of Passover

In Your Telling of the Exodus Story Tonight”

March is Women’s History Month. The Talmud states, “By merit of the righteous women of that generation, Israel was redeemed from Egypt.” Let us give them their due by celebrating them on this Seder night.

Yocheved – Moses’ mother was willing to have a child in the face of a death decree against every Jewish newborn boy. She hid her son from the Egyptians – forerunners of the Nazis – having crafted a water-tight basket for him and placed him in the Nile. Who can imagine her agony and her faith, praying that her precious son would survive? Could she have had the least spiritual hint that this child would survive and change Jewish destiny?

Miriam – Moses’ sister is at least partly responsible for her brother’s birth. She was a prophetess and knew that there was a special role for a future brother. As a little girl, Miriam challenged her father, Amram, who planned to divorce his wife to prevent having future children who might be killed by the Egyptians. Miriam famously argued, “Father, your decree is worse than Pharaoh’s. He only decreed against the boys, but you are decreeing against the girls, too.”  And it was Miriam who stood openly by the Nile, watching the fate of her baby brother as he floated in the river. Miriam was there to seize the initiative and offer to get a Jewish midwife (her own mother) when Pharaoh’s daughter rescued her baby brother.

Shifra and Puah – Theses midwives defied the death sentences against newborn Jewish boys by attending the births, saving innumerable lives. Who were these mysterious women? Some commentators believe they were none other than Yocheved and Miriam. Whoever they were, these women were among the earliest practitioners of civil disobedience.

Batya – Pharaoh’s daughter daringly chose to rescue a Jewish child and raise him in the palace, right under the cruel tyrant’s nose. What an amazing act of moral beauty and bravery. She named her adopted son “Moses,” an Egyptian name that means “child,” and that is the name he kept.

The Holocaust and Our Modern Redemption

Read as part of the Maggid & before the plagues

Our modern journey of liberation after the Holocaust also has a place at our Seder table.  By focusing on one survivor and one liberator, we can personalize this story of such tremendous loss and honor all of the survivors and liberators.

A liberator, Alan Moskin, was an 18-year old member of the 66th infantry, 71st division, when in May 4, 1945, his unit liberated Gunskirchen Concentration Camp, a sub-camp of the Mauthausen death camp.

Edie Eger was at the same camp, having been sent from Auschwitz. She was on the brink of death and credits a Black liberator with finding her and with saving her life. Both Edie and Alan have made it their life mission to educate about their experiences and to counter discrimination and hatred. From the moment of arriving on American soil, Edie participated in the fights for Civil Rights.

Dr. Edie Eva Eger (a now renowned therapist quoted by Oprah and the Dalei Lama alike), refused to ever see herself as a victim. Instead she focused on the choices that she faced in moving forward from this traumatic period in her life. “You can’t change what happened, you can’t change what you did or what was done to you. But you can choose how you live now. My precious, you can choose to be free.”

Alan, a true American hero, dedicates his life to educating others about the atrocities of genocide that he witnessed firsthand. “When I am gone, I want you to tell your children and grandchildren what you heard from me,” he charges us. “You have to bear witness for me.”

Let us celebrate our freedom this year by “bearing witness” to those who survived the Holocaust and those who fought for freedom and by never taking democratic values for granted.

(The Blessing Over Matzah, Motzi, & Matzah)

The Israelites fleeing Mitzrayim had no time to prepare for their journey. As they rushed towards the promise of freedom, the unleavened dough they carried baked flat in the sun of the open desert.

We turn our thoughts to the migrants in our community and those beyond the man-made borders that separate us. They, too, have left behind everything they have ever known for the promise of freedom.

Some migrants, like Moses, escape Mitzrayim but never reach the places they dreamed of. In the United States alone, over 10,000 migrants have died in the Sonoran Desert, where the government enforces a policy called Prevention Through Deterrence. PTD eliminates natural resources and pathways through the desert, making the journey into the United States all the more dangerous. In effect, this policy deprives migrants of the matzah that might have sustained them and allowed them to reach safe places to reunite with family members, seek asylum, or start new lives.

Those migrants who do make it to their promised land face renewed oppression: family separation, threats of deportation, xenophobia, and racism. What is the metaphorical matzah they carry? What precious reminders of the past have been made flat by the harshness of our immigration system and the cruelty of our border policies?

Matzah, the bread of affliction, reminds us that the joy of liberation is colored by loss and uncertainty. Matzah is sustenance and sacrifice, struggle and sanctuary. Today and every day, we honor the beautiful resilience of migrants. May we celebrate their journeys, mourn their losses, support their dreams, and build a world together in which we can all be free.

Blessed are You, God, Spirit of the Universe, who brings bread from the earth.

Blessed are You, God, Spirit of the Universe, who has sanctified us

with commandments and commanded us to eat matzah.

A Letter to Elijah

(when the door for Elijah is open)

Our tradition has so much to say about you. We call you at the end of each Shabbat to bring about a time that is all Shabbat, when we will be one with each other and with the environment.

We call to you at each bris and baby naming, to speedily arrive so that our newborns will know a world of peace – where gun violence and poverty are unknown. We call to you now on Passover, as we have done throughout our lives, opening the door and praying you will walk through and tell us that redemption is on its way – redemption from hate, from scarcity, from illness.

Elijah, this pandemic has pushed everyone to the edge – economically, physically, emotionally.

If ever we understood our oneness and global connectedness it is today.

We know that bringing about a messianic time requires our readiness to receive you. Our Rabbis taught that you could be garbed as any homeless and hungry stranger on the street or as any patient in a hospital bed. That could be any one of us today. We see you in each other. We see you in ourselves.

This year, may you enter our doors and our hearts. For if we see our common humanity and set global healing as our collective goal toward which we daily work, then indeed you will come.

We hope to see you soon.