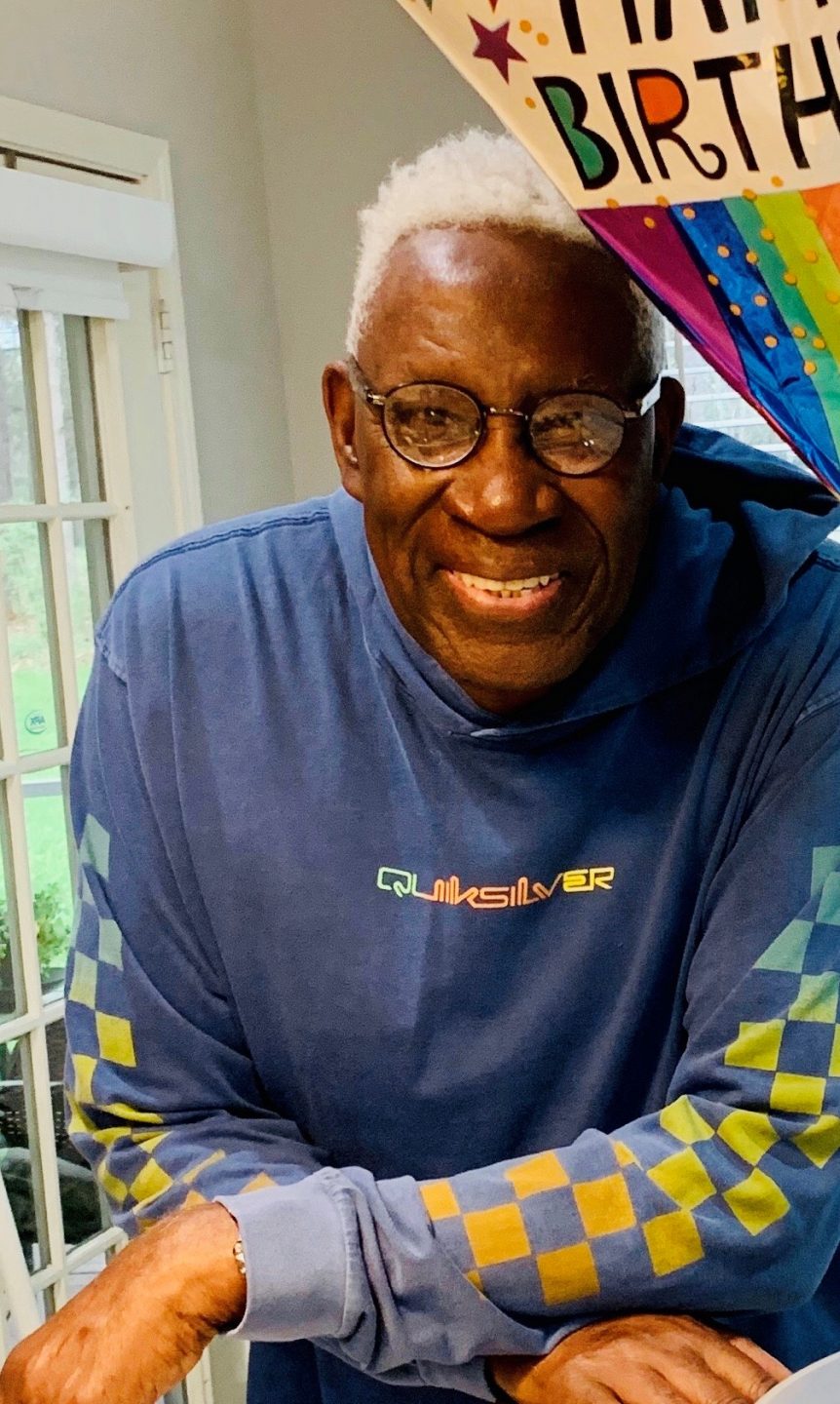 A new report was recently published by the Charlotte-Mecklenburg Library on “Systemic Racism in Mecklenburg County Government”. Sevone Rhynes, who is part of our Coalition on Truth and Reconciliation shares his reflections on the report and on his personal experiences.

Let me start by saying that I am a 73-year-old native Charlottean, born in 1948 on East 10th Street in the First Ward community. I cannot honestly say that I have personally suffered unduly from governmental racism as an adult, but I do know that my childhood was definitely directly affected by racist government policies and racist private citizens of that time.

Those policies were the reason, for instance, that as a 1st grader at Alexander St School, my education was cut to ½ day due to overcrowded conditions: Or why I never saw a new textbook until about 6th grade, while paying an annual book fee that I found out later white kids never heard of. They were why when as a child who badly needed a restroom at SH Kress dept store in uptown, my grandmother had to ask a white woman clerk to allow me to use the “colored” women’s restroom. The store did not provide facilities for Black males. They were why, in eighth grade, I was assigned to Irwin Ave, Jr High, a school that was easily handed to Black students by the school board just five years after white students and parents gleefully spat on Dorothy Counts Scoggins for daring to attempt enrolling in that same building at then-Harding High School, which moved to a brand-new campus. I could keep going, but here’s a last memory; Because the government of Mecklenburg County, and the majority of white citizens did not value Black people, a fully adult, white, neighborhood store owner could get into a dispute with a 5-year-old child over a dime for a loaf of bread, settle the dispute by sticking a gun in that child’s face, and suffer no repercussions, because that child’s mother knew she could not confront the white store owner, nor did she feel that she could safely call  the police on him. She was powerless to protect her son, me, from the racism we lived with.

So yes, my childhood was more directly affected by systemic racism than has been my adult life, owing to the fact that as an adult I am equipped to identify, confront, and navigate systems that are designed for my detriment.

I was asked by Rabbi Schindler to identify those elements delineated in the report that may have shocked or dismayed me. My answer would be nothing; The chief reason being that the social and political history of Mecklenburg County, and the city of Charlotte were and are simply a microcosm of the United States.

I did find a few things especially interesting, though. For instance, the right-wing Republican majority currently dominating the NC legislature is operating from the same philosophy of white supremacy as did the legislature of the mid-1800’s. The current regime is only, for example, kept from instituting extreme voter suppression laws by the fact that they at this moment cannot override the veto power of a Democratic governor. If they had their way, poll taxes and literacy tests would be replaced by voter id, severely limited voting windows, and the use of voter intimidation and enforced physical discomfort to discourage maximum participation. Additionally, today’s use of gerrymandered legislative districts serves the same function as an 1860’s legislation literally hand-picking state government officials. The legacy of post-Reconstruction governance remains firmly in place.

It also resonated with me that that the county, not surprisingly, echoed the anti-Black sentiments of the state in “The determination of county officials to maintain a system that restricted the movement and rights of formerly enslaved people in a way reminiscent of slavery set the stage for the years to come.” I think that while overt racism is not a part of today’s governing philosophy, the “active discrimination and apathy” on the part of those in positions of power is heavily responsible for the many political and socio/economic inequities that continue to plague Charlotte-Mecklenburg.

That institutional apathy was apparent in 2021, for instance, in the healthcare arena when it was revealed by local media the imbalance of Covid vaccination sites in Black neighborhoods during the initial rollout of vaccine availability. I can tell you that I, along with hundreds of other Beatties Ford Road corridor residents received the vaccine only after major medical facilities were urged to partner with churches like Friendship and First Baptist West. Had the media not exposed the inequity, I might have waited much longer than I did to get vaccinated. That gap in medical care is a legacy of the Civil War-era infancy of public welfare, during which Black people were not considered worthy of the miniscule aid given to poor white citizens. It is a legacy of my childhood, when Black Charlotteans were relegated to seeking care at a single hospital, and ambulance service for Black people became by default the purview of Black-owned funeral homes, thanks to Jim Crow rules which disallowed ambulance service to our community. I watched my grandmother leave our home in a hearse, bound for Good Samaritan Hospital, never to return, and carried to her grave by the same type conveyance.

In Charlotte-Mecklenburg law enforcement, it goes without saying that despite the refrains of denial from leadership, there exists a deeply rooted racism that frequently injects itself into interactions between law enforcement and citizens of color. There is, I believe, no police force in the United States that is not infected by the legacy of the antebellum slave patrols. It’s why Jonathan Ferrell, Keith Lamont Scott and Danquirs Franklin could all be shot down for being Black men whose smallest movement instantly gave license to the police to end them, right then, right there. It’s why young protestors such as Uprise Charlotte were threatened with arrest for daring occupy sidewalk space while handing out water and food to persons having to deal with the local courts. It’s why, as reported just today, Mecklenburg County Jail is under scrutiny for long-running deficiencies that have for years threatened the safety not only of its mostly Black inmates, but its jailers as well since the onset of Covid.

“Only two years later, under state supervision, two Black prisoners in Mecklenburg County suffered such neglect in solitary confinement that their feet froze and had to be amputated; the camp officials were found not guilty on charges of neglect of official duty and assault with a deadly weapon.” This quote is in reference to the cessation of convict leasing in Mecklenburg in 1933. It points to the fact that once Black inmates were of no monetary value to the county, they were warehoused and neglected to the point of sickness and death. The state of the county jail today highlights its connection to that time in its history.

In closing, the Carolina Room report relates the “fear” that apparently set in among white Charlotte-Mecklenburg residents following the freeing of its enslaved population, while at the same time, with the enthusiastic help of local media, most notably the Charlotte Observer, white politicians and citizens loudly trumpeted their belief in their supremacy over any and all things Black. Even more absurdly, these same racists, just as they do now, denied their racism, portraying themselves as only interested in maintaining the natural order of things.

“The popular idea was that white supremacists did not hate their Black neighbors; rather, they believed that Black people were not fit to lead or be involved in public affairs, as explained by an 1898 staff editorial in The Charlotte Observer:

It is well known that the Observer is kindly disposed to the colored race. It has never blamed the negro for getting all he can out of the Republican party, which is almost entirely composed in the south of his tribe. But he is not fit to rule and the party that is responsible for his being placed in power must be defeated. The negro, like fire and water, is a good servant but an awful master.”

This attitude is the father of much of the wrong that abides here in Mecklenburg, and it has produced elected and appointed officials whose policies have driven a massive social and economic wedge between the citizenry of this county, and placed a significant part of its population at perpetual risk in every critical aspect. Black people now, as then, are more acceptable when they are not seen. I personally live in a county district whose former commissioner a couple of years ago left no question in my mind that his allegiance lay with the northern part of his district. That is a decidedly white, relatively wealthy section of Mecklenburg.

So, as I stated earlier, nothing in this report came as a surprise. It just reinforced what I and almost any Black citizen already knows at some level.

Join the Coalition for Truth and Reconciliation Community  Engagement Action Team for 2022. The team will have virtual monthly meetings to work on education and empowerment in response to the report. Contact Coalition Leader Reverend Janet Garner-Mullins, jmullins0@bellsouth.net.