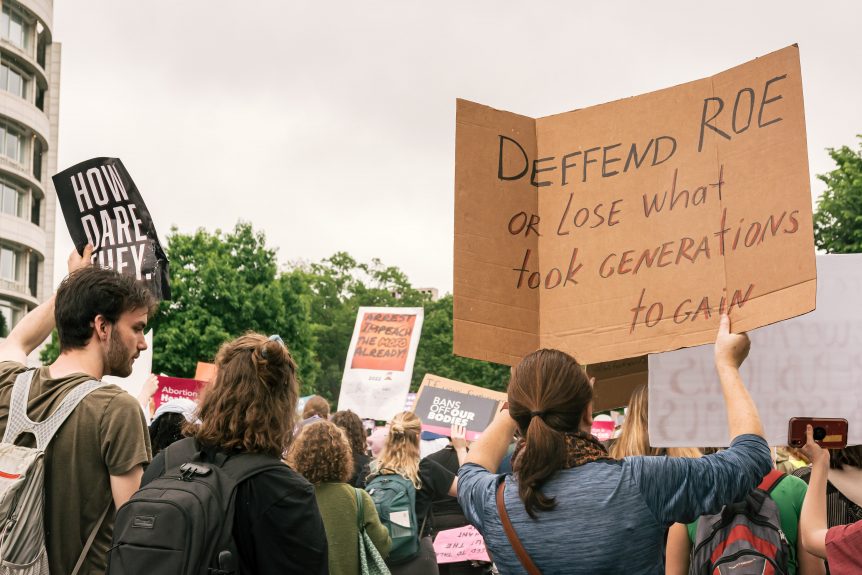 by Dr. Gina Navarrete, Adjunct Professor at Queens University and Co-President of the Charlotte Women’s March

Vote like your reproductive freedoms depend on it… because they do! It is time to vote to protect our reproductive rights in North Carolina. 12 states have already taken away reproductive freedoms and politicians are dictating what women can and cannot do with their bodies. Extremists in the North Carolina’s general assembly are coming for ours. If 5 Democratic seats in the NC House & Senate flip to the Republicans, the Republicans will regain the supermajority. This means that any laws that one party – in this case Republicans – want to pass, they will be able to do so by taking away Governor Cooper’s veto power. Right now, the ultra-conservative politicians in North Carolina want to make abortion illegal and want to restrict birth control methods. The Governor’s veto power is the only safeguard against government overreach into our reproductive freedom. This is not about Republicans or Democrats, this is about having a balance of power and not having one party highjack the political system. This is also about bodily autonomy, which is a basic human right we all deserve.

Only one more week to vote. So, do your part and exercise your right to vote. Be a voter!!

“Fight for the things that you care about, but do it in a way that will lead others to join you.” – Ruth Bader Ginsburg

Are you concerned with reproductive rights? Join other Queens’ students, staff, and faculty who are concerned about this issue, too. To join the Greenspon Center Reproductive Rights Collective, sign up here.