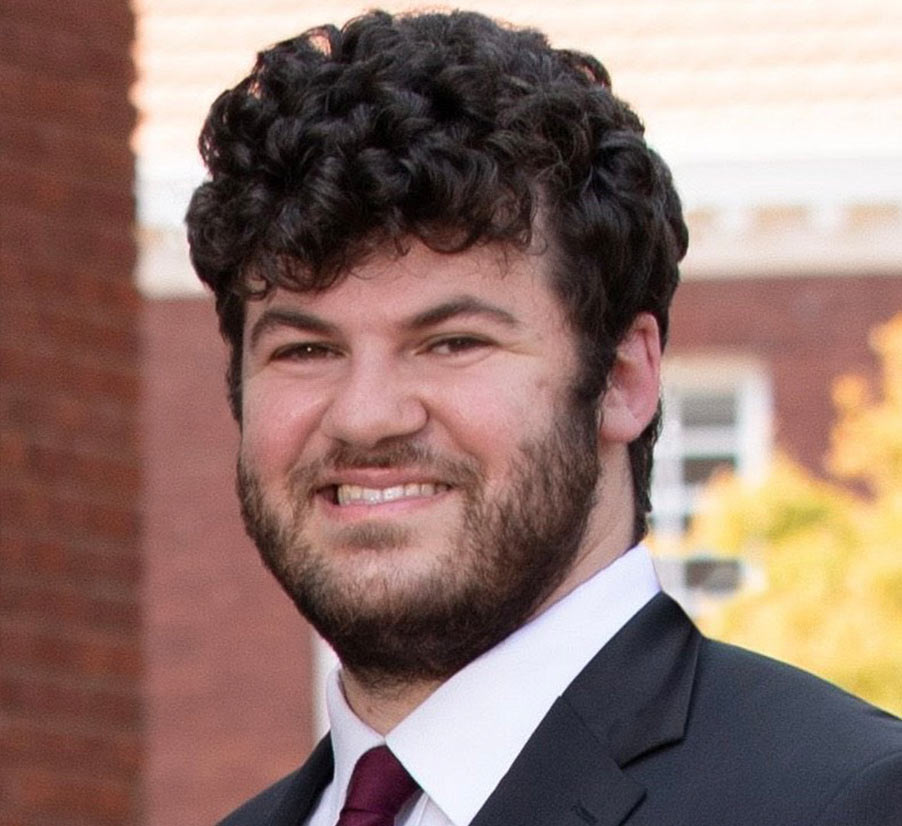 Noah Goldman is the Coordinator for Jewish Life. He graduated from Queens University of Charlotte receiving his Bachelor's Degrees in Political Science and Interfaith Studies. After Noah graduated, he went on to Israel twice, in one period for six months. He spent five of those months on Kibbutz Harduf in Northern Israel doing volunteer projects, engaging in coexistence work and dialogue, and made time to travel. He then spent one month in Jerusalem studying Jewish texts and wisdom at the Aish HaTorah Yeshiva. Upon returning from Israel, he worked and remained involved in the local Jewish community. In August of 2021, he happily accepted the opportunity to serve as the Coordinator of Jewish Life.

He not only serves the Jewish community on campus but also seeks to build interfaith bridges. He is the co-founder of the Muslim-Jewish Interfaith Initiative which works to bring Jews and Muslims together in service and dialogue. He regularly works with other faith groups and interfaith groups on and off campus. Noah loves to read, learn, travel, cook, exercise, and play with dogs.

Queens Condolences and Commitment to Action: Honoring the Uvalde and Buffalo Victims