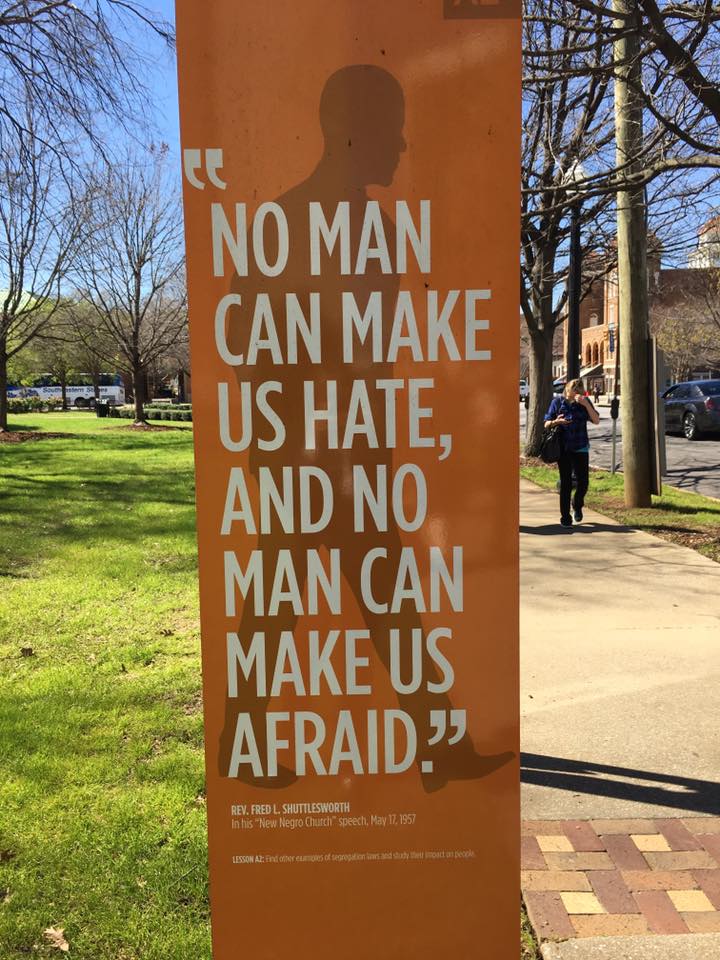 Reflections from a trip to Birmingham, Montgomery and Selma with the Jewish Federation of Greater Charlotte.

Birmingham, 1963.
The children’s march.
4,000 students, steadfast and strong.
The fallen lifted by their neighbors.

The murdered and the martyred
Stolen from their parents, their children,
Their world and ours.

Jews and Blacks –
At times together.
At times a world apart.

1619, the first slaves
kidnapped from Africa
chained and brought to our shores.
Our countries’ wealth built upon their backs.
Building centuries of resentment
and even hate.

The dream —
the American dream and King’s dream —
have left too many behind.

Racism killed then and racism kills now.
White supremacy remains…
Hate groups watched like hawks
by the Southern Poverty Law Center
who wait till they err
and attempt to out and uproot them.

King said in the name of the Biblical Amos,
“We are not satisfied, we will not be satisfied,
till ‘justice roll down like waters, and
righteousness like mighty stream.’”

Waters of injustice don’t part themselves.
We must part them
or create bridges above them
so that none continue to drown.