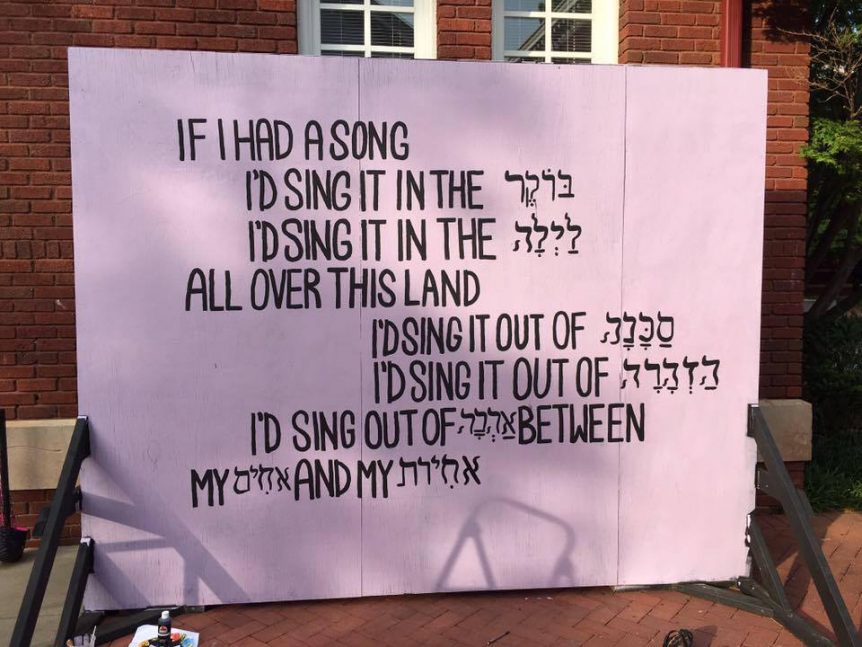 What does it take to build a Jewish Studies program at a university?

“As someone who is not Jewish, taking several classes in Jewish studies has made a huge impact on my education. Judaism is, after all, the cornerstone of all Abrahamic faiths and much of western culture. After taking two Jewish Studies classes — The Holocaust in Film and Literature in the spring of 2017 and Judaism, Film, and Literature in the fall of 2018 — I changed my minor to Interfaith Studies. As Max Müller said, ‘If you know only one religion you know none.’ These classes taught me the value and necessity of positive interfaith dialogue.

The Jewish people’s commitment to social justice is the biggest lesson I have taken from these classes and applied to my own faith. Leviticus 19:33-34 states, ‘When a foreigner resides among you in your land, do not mistreat them. The foreigner residing among you must be treated as your native-born. Love them as yourself, for you were foreigners in Egypt. I am the Lord your G-d.’ This passage has been a key theme in all of my classes and a central message of the Stan Greenspon Center as shown by the immigration conference that will be happening in the upcoming months (April 21st). I am proud to have learned from my Jewish Studies and events at the Greenspon Center.”

[Genie, painted the above mural for Yom Hashoah (Holocaust Remembrance Day.) It is her interpretation of “If I had a Hammer” a popular civil rights song. The Hebrew is in place of the English lyrics. #neverforget]
Share this...