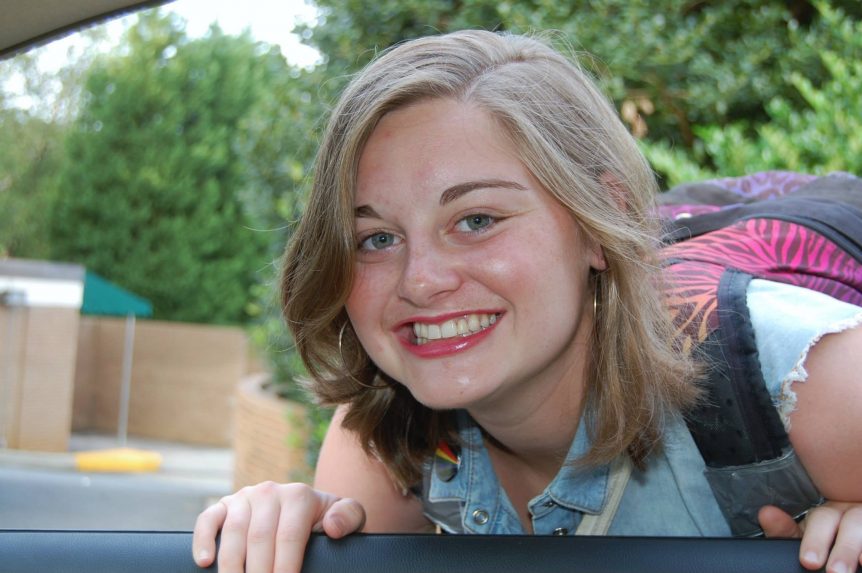 Despite already having part-time summer work, when I heard the Stan Greenspon Center for Peace and Social Justice was looking for someone to help out with communications, I couldn’t say no. With its focus on social justice and Jewish life, the Center checks all my boxes, and I knew I had to be a part of it, even if it was only temporary. In college, I was active at my campus’ Hillel, regularly attending Shabbat services and dinners and other events. I went with my Hillel on Birthright (and stayed in Israel an extra week doing a social justice-themed extension designed by our Israel Fellow, Itay), participated in the Jewish Learning Fellowship, and went on an alternative spring break trip through Hillel to Repair The World in New York, an organization whose goal is to make service a more central part of Jewish American life. Through a friend I met at Hillel, I learned about jobs at a local synagogue and taught 6th grade Hebrew school for a year. As you can see, I feel strongly about Jewish learning and community building, and I love that the Stan Greenspon Center dedicates so much of its energy to the mission of an informed and involved Jewish community.

As if that weren’t enough, there was the added element of social justice. In college, I designed my own major called Art and Social Change, exploring the uses and implications of various visual and performing arts for social justice. I also minored in sustainability studies, with a particular interest in the systems of cities: transportation, housing, planning and zoning, economic development, and the food system. In the fall, I will be moving to New York to be an education justice fellow with Repair The World, the organization that did my Hillel’s alternative break. Combine my course of study with my future job and throw in my participation throughout college at a Hillel heavily involved with social justice programming, and it’s easy to see how consulting for the Stan Greenspon Center was a no-brainer for me.

What is most impressive and compelling for me is what Rabbi Judy told me about the vision of the Center when we first discussed the work I might do with her. The Center, she told me, started as a way to continue active Holocaust education and ensure that stories and history were not lost. After extensive research with other Holocaust centers around the country, the Rabbi’s team found that adding in a focus on social justice was where the Center needed to go. Branching from the theme of Holocaust education, the Center works on two fronts: one, to educate about Judaism and foster a vibrant Jewish community, honoring the memory of those lost by building a thriving Jewish community in defiance of the Nazi attempts to destroy it through genocide; and two, to move beyond simple education about the past to look at how the past informs our present, and what actions we can take to shape that present. The Center focuses on three major justice issues — immigrant rights, affordable housing, and criminal justice reform — all important to both me and our city and country as a whole, and all an indispensable part of not simply saying “never again,” but turning that promise for ourselves into an action for the future.

Who wouldn’t want to be a part of that?