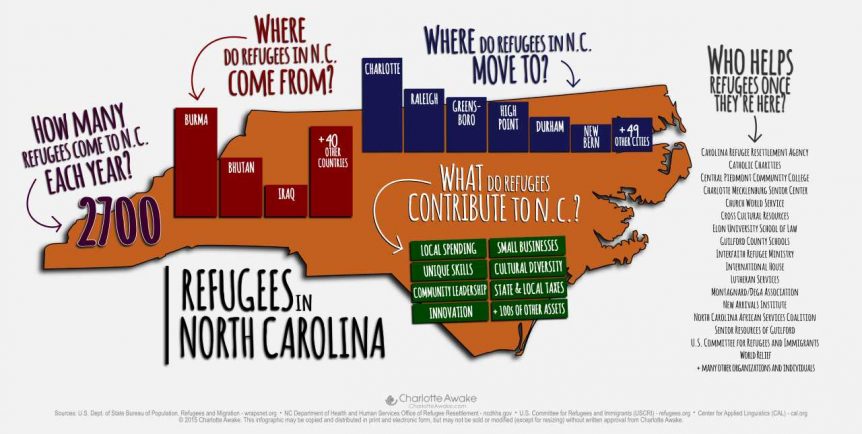 Members of the Criminal Justice Committee and the Immigrant Justice Committee contributed to the DA and Sheriff Candidate Forums, which was an outstanding example of the passionate engagement and investment of our community to the upcoming election. The Criminal Justice committee worked diligently to increase voter awareness, register new voters, and brainstorm methods to support and hold accountable the new mayor, sheriff, and the DA. In addition, they had great success in raising awareness about the Protecting Our Youth from Solitary Confinement Act and acting to nurture community dialogue regarding what true justice should look and feel like in the city of Charlotte.

While working with local congregations to cultivate civic and political awareness and coordinate programs supporting various grass root efforts, it became clear that many of these groups work in isolation. In an effort to help these groups join forces as we move forward, the Criminal Justice Committee is excited to begin working on two new initiatives: a podcast featuring a different local congregation each week and a centralized database enabling congregations to collaborate with one another on key issues. During the summer, we will visit these congregations to gain a better understanding of their current programs and how we can best work together to bring about change.

As the refugee crisis at the border intensified with the implementation of mandatory separation of parents from their children, Immigrant Justice members took to social media. We worked diligently to clarify the facts of the policy and combat myths surrounding refugees. Our voices joined with the national cry that eventually led to a change in the policy of family separation. We also partnered with community organizers to coordinate the June 30th Families Belong Together March and Vigil to ensure that this issue continues to be the focus of public scrutiny.

The Immigrant Justice Committee has big dreams for the year ahead. We will meet with Sheriff-elect McFadden to explore his plan for the termination of 287g contracts and use of detainers in Mecklenburg County. We commit to informing our State and Federal Congressional Representatives about the need to admit the legally approved number of refugees during the coming year. We plan to educate the public about the positive impact that DACA recipients have on our community and the need for a path to citizenship for these Dreamers. Most of all, we will continue to advocate for the refugee community in our midst through raising awareness. It is critical that public opinion be shaped by sound data and sensible commentary rather than misperceptions that have no fundamental basis in truth.

The Affordable Housing Advocacy team has made tremendous progress in the first five months of 2018. We added our voices to the chorus that led City Council to approve the $50 million bond referendum for the Fall, and we led the effort to increase funding for rental subsidies — causing the City Manager to include $2.7 million in the budget rather than the original $700,000 planned. This victory gives us great hope as we move forward to work for a more equitable housing situation in Charlotte.

The next move is to sit down and educate ourselves on the details of how the $50 million housing bond could be spent, if passed by voters in November — e.g. preserving neighborhoods, making rental units available to the poorest in our community. We will also be discussing how zoning issues are relevant in the form of the Unified Development Ordinance now in its planning stages. We urge citizens to become more informed by visiting https://charlotteudo.org/ and attending future meetings of the Affordable Housing Advocacy team.