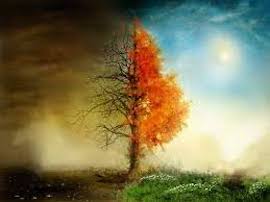 In October of 1939, Adolph Hitler used the Reich Health Ministry to begin implementation of “Aktion T4.” Under this program, Nazi doctors and nurses throughout Germany began to identify infants and children whose “life [was] unworthy of life.” A panel of three medical experts would look over a child’s record of health and mark the record with a red plus sign or a blue minus sign.

Children whose records were marked with the plus sign were moved to a ‘Children’s Specialty Department’ for death by injection or starvation.

Children whose records were marked with a minus sign remained alive. No child was ever examined to make the determination of death or life.

“Aktion T4” also included older children, teens, and adults who were chronically ill. Veterans of WWI who suffered from disabling battle injuries made the list. Adults with mental “diseases” also qualified for this “mercy death”. People with schizophrenia, encephalitis, epilepsy, senile disorders, retardation, syphilitic diseases, and other neurological conditions were taken from their hospitals and families. Any person who had been institutionalized for over 5 years was considered a “life unworthy of life,” German citizens included. Within 1 year, over 200,000 “unworthy lives” were extinguished. By the end of the war that number topped 700,000.

In October of 1984, President Ronald Reagan announced that October would be recognized as Down Syndrome Awareness Month in the United States of America. He did not choose October with the knowledge of Hitler’s T4 Program in mind. But, I appreciate the serendipitous connection. I am always on the lookout for ways to bring the lessons of the Holocaust into my classroom outside of the normally scheduled curriculum days. October gives me that opportunity. It allows me to introduce my students to a lesser known lesson from the Holocaust and to recognize the contributions people with Down Syndrome have made to our communities.

Here are some wonderful resources for this topic: