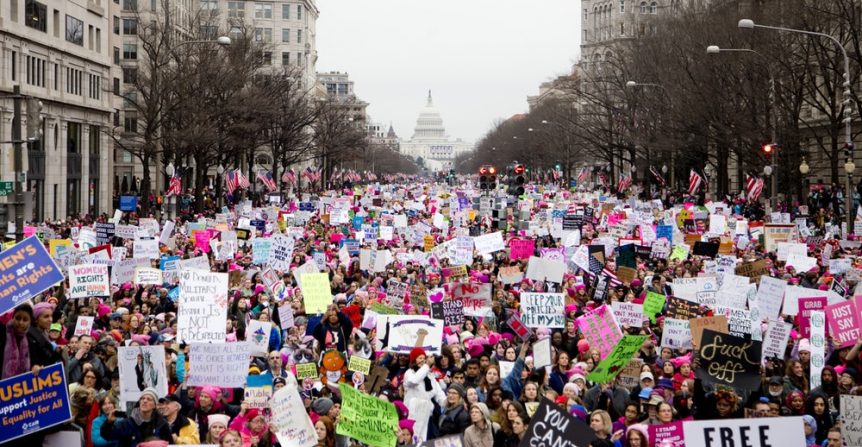 In January of this year, over 7500 women marched in Uptown Charlotte to protest government policies. In February, tens of thousands of students nationwide walked out of their schools, exercising their right to be heard in the debate over gun violence. In March, 7,000 people showed up in Charlotte to make sure the conversation about gun control continued. In June, hundreds of concerned Charlotte citizens gathered to make it known that the policy of family separation at the borders was unacceptable. In every situation, there was an outpouring of emotion. There was a call for change. There was a promise to persevere.

It is now October and as the days grow shorter and the weather begins to turn toward Autumn, the streets are quiet. They will, most likely, stay quiet until the next Big Issue comes along to stir things up. There is something about gathering to protest that feels really empowering in the moment. There is something about this silence after the marches that begs the question: What are we supposed to do now? In many cases, that question hangs in the quiet air begging an answer. Not this time!

“From Marches to Movements: Foundations of Social Change” is a seven-week program designed to provide those who marched in protest with tools to continue the fight for justice.

The Program opens on Monday, October 8, at 6:00pm, with a lesson on the foundations of social justice. It provides background and context to those who want to build strong communities where every voice is not only heard but thoughtfully considered. The next six sessions are also held on Mondays, October 15 – November 19. Each session offers vital information on every aspect involved in not only creating socially just communities, but in maintaining those communities; the role of law in social change, community organizing, rhetorical strategies of social movements, digital communication, and moving forward.

When the sessions are finished, the work has only begun! Rather than wait for the next protest, participants will gather in churches, community centers, coffee houses, and individual homes to strategize and implement steps for lasting change in Charlotte. People who have been working in isolation on social issues will now work together, their impact strengthened by increased support and resources. Charlotte will move forward. And when the next march emerges, Charlotte will be more ready than ever!

This program is co-sponsored with Faith in Public Life.