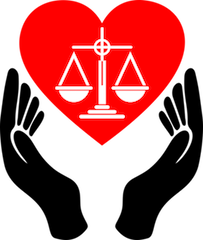 I am convinced that if you asked five well informed individuals to define Restorative Justice you would receive five different answers. First, let me say context is important and each situation deserves a different level of “unpacking” in terms of defining Restorative Justice. Having said that, Restorative Justice is basically the process that facilitates reconciliation between two parties where injustice has occurred.

Restorative Justice has been used historically within the criminal justice system where an offender makes amends to a victim producing reconciliation between the two parties. However, Restorative Justice (using a literal definition of the term) can be applied more broadly.

In the case of Brooklyn and 2nd Ward, Restorative Justice is an appropriate path. The facts state that despite the outcry of local black leaders, the City Council voted in 1958 to demolish an entire black community consisting of 1,400 homes, 216 business, 11 churches, 2 schools, libraries and theaters. That is the act. That is the crime that makes Restorative Justice necessary. An entire community with a rich culture, the black wall street of Charlotte, was eliminated – wiped off the face of uptown Charlotte.

The next phase of the criminal justice process after a guilty declaration is the penalty phase. The court ponders, “What is the appropriate restitution for the crime which has been committed?” In the case of Brooklyn and Second Ward the question becomes, “How do we adequately compensate the victims of a crime which had significant economic impact on two generations of African Americans in Charlotte?” Restorative Justice seeks to answer this dilemma. Restorative Justice seeks to reconcile the people of Charlotte who seem to be divided by class and poverty.