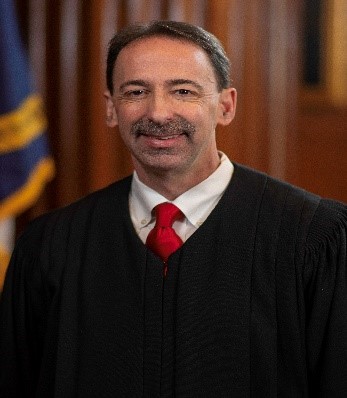 Parallels Between the Torah and our Modern Legal System

During the second week of February, when Jews across the world read the Torah portion called Yitro in which Moses’ father-in-law, Yitro, advised Moses to set up a system of upper courts and lowers court, Associate Justice Mark A. Davis of the Supreme Court of North Carolina, the first Jewish member of the court in its 200-year history, will be speaking about links between the Torah and our modern legal system. Justice Davis will discuss the compatibility between the First Amendment and the Ten Commandments. He will explain how the structure of our modern court system derives from the Torah and will explore how the process by which judges today analyze legal issues is based on Talmudic principles of interpretation.

The lecture is generously sponsored by Hospice and Palliative Care Charlotte Region. Community partners include Havurat Tikvah, Temple Beth El, and Temple Israel. The program is free and open to the public and will be followed by a light dessert reception.