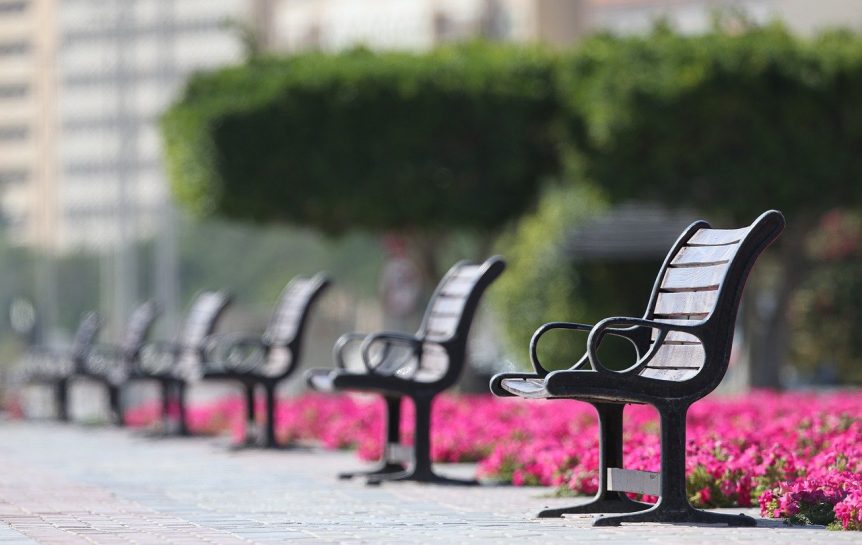 The following reflection comes from Marianne Lieberman, one of our local Holocaust Survivors. Marianne wrote this piece as a response to the feelings of isolation and tension that were re-awakened in her by the COVID-19 policies of quarantine and social distancing.

In today’s climate, social distancing is a way to help all of the people in our community stay safe and well, especially the most vulnerable. When Marianne was a young girl in Austria, in 1938, “social distancing” carried a completely different meaning that had nothing to do with safety.

It was on March 12th in 1938 that Hitler invaded Austria. It was called “Anschluss,” the annexation of Austria to Germany. I was eleven years old and attended a Lyceum, a private school for girls in preparation for higher education. Some of the faculty in the Lyceum was new. They were advocates for Hitler, which seemed to have been prearranged. A new political air permeated the school. Many Austrians welcomed Hitler’s annexation. Columns marched in the streets shouting slogans, welcoming the takeover.

A sense of fear reigned at my home that I did not understand.

One day after recess, in my class with my history teacher Von der Heidt, we were asked to bring our school-bags to her desk. Some-one was missing a protractor; indicating theft. As I emptied the contents of my bag, I was stunned. Low and behold two protractors fell out of my bag. I was devastated. The accuser was a girl named Weber. I’ll never forget standing at Von der Heidt’s desk feeling fear and disgust, looking to my friends for support. Obviously somebody had put that protractor in my bag during recess. Von der Heidt did not alert the principal to incriminate me. Weber took her protractor back. Von der Heidt was obviously on my side. I had been denounced, accused of stealing. This moment was too demeaning to ever be stricken from my memory. This incident at the school made me aware of my vulnerability in this new political climate.

Before this event, I had started a friendship club of four girls based on my favorite six volumes of the adventures of “Bibi”, by Karin Michaelis. We met at each other’s homes to create a play. We swore to stay together forever. But soon the club ended.

One of the girls dropped out because she came from a household of National Socialists. Another one was afraid to keep our friendship, as I was a Jew. This was my first experience of social distancing. Only one remained a friend some years later after Hitler lost.

After this, my piano teacher told me that she was afraid to teach me any longer; my second case of social distancing. I was asked by my music teacher at school if I was learning to play an instrument. After I admitted that I no longer took piano lessons, she called me a Musik Trottel, a musical idiot.

How did everyone know that I had a father born Jewish? I did not know it myself; it came as a huge surprise to me. Hitler made me a ”Mischling of the First degree” because I had two Jewish grandparents on my father’s side. I was no longer a full-fledged citizen in Austria. Higher education was forbidden for Mischlings.

I was called to the new Lyceum principal twice. Both times she admonished me for not having joined the BDM (Bund Deutscher Maedchen), the Hitler Youth for girls.

I could no longer study at my Lyceum unless I joined the BDM. My mother urged me to join. She did not understand the political implication. I told her I would go to the meeting. But when I got to the building I could not go through with it. The leader of the BDM was no other than my schoolmate Weber of the stolen protractor. I had never told my mother of having been accused of stealing. I returned home and explained to her why I will not return to the Lyceum. Mother and I escaped in 1939 to Maribor, Yugoslavia.

Looking back now, it was antisemitism that I did not know of and understand at that time in my life. I learned it was a recurring “social virus” that happened through-out the ages in the world. I had a lot to learn back then.

We thank Marianne for sharing her memory. It contains a lesson we all need to share with others. The distance we keep between ourselves and others can serve only one of two purposes: to care for and ensure safety or to isolate and cause harm.

Let us always be among those who protect and promote well-being. And, when this time of necessary social distancing is over, let us embrace one another and move forward as one.