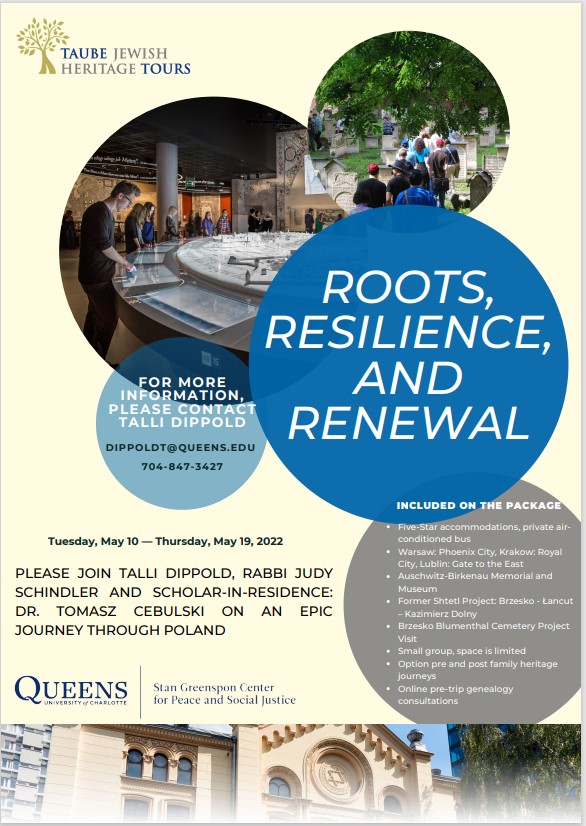 Many of us hear “Poland” and immediately think of the devastation related to the Holocaust. And yet, there is another, more powerful story there.

Did you know that in the thirteenth century, during a time of crusades and widespread anti-Jewish legislation, Poland created legal protections for Jews? Did you know Jews settled and built a rich cultural, religious, and social life that thrived for hundreds of years? Were you aware that scholars believe that 80 percent of World Jewry lived in Poland in the 16th century? Major movements upon which our Charlotte community is built emerged from Poland; Hasidism, with its focus on mysticism and prayer, and the Haskalah, the Jewish Enlightenment, which supported the development of our modern Jewish movements.  While it is important to  honor the memory of the victims of the Holocaust, this trip will explore the once thriving Polish Jewish community from which the threads that connect us and beautify our Jewish lives were spun. 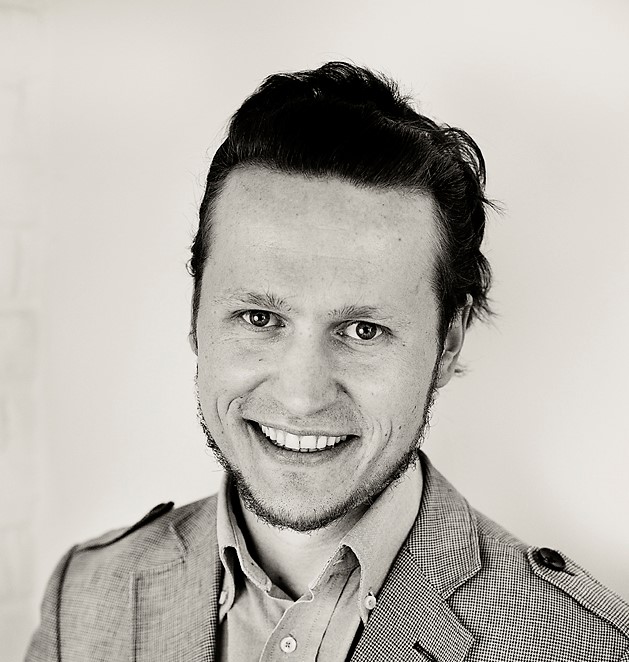 Our Scholar-in-Resident, Dr. Tomasz Cebulski, was born in Kraków, Poland, but grew up in Oświęcim, Auschwitz. As a teenager, he was involved with the local International Youth Meeting Center, where he promoted intercultural dialogue. He eventually became an educator for the same institution and coordinated a Polish, German, and South African project on societies in transition and recuperation from historical trauma. In 2005, Tomasz graduated with a master’s degree in International Relations and European Studies from Jagiellonian University, Kraków. He obtained his second master’s degree in 2007 from the Department of Middle and Far East Studies at the same university. In 2014, Tomasz completed his doctorate at its Department of Political Studies, with a dissertation on “Political and International Aspects of the Functioning of the Auschwitz-Birkenau State Museum in the years 1980-2010.”

In 2000, he founded a research and historical interpretation center, Polin Travel. Tomasz holds multiple state guiding certificates from the Auschwitz-Birkenau State Museum, Kraków, and Galicia. He is an experienced genealogist and licensed tour leader in Poland and Central Europe.

Our journey begins in the capital of Poland, Warsaw. Warsaw is known as “The Phoenix City,” as it was reduced to rubble and ruins by a concentrated Nazi bombing campaign and yet rose to new life thanks to a nationwide effort. Today, Warsaw is Poland’s largest city with more than two and a half million people living in its metropolitan area. It is a vibrant political and economic center, reflecting the resurgence of Poland’s economy over the past 25 years as a member of NATO and the EU.

The meticulously rebuilt Old Town and the POLIN Museum of the History of Polish Jews, the 2016 European Museum of the Year, are two of the cultural cornerstones of this Central European capital. Prior to the Holocaust, Warsaw was home to more than 300,000 Jews from across the cultural and religious spectrum. Warsaw is now home to Poland’s largest Jewish community, which hosts a JCC, Hillel, and a day school, as well as various religious communities.

To fully experience Jewish Warsaw is to appreciate its history. We will start with a trip through Jewish Warsaw, including the ghetto and sites of Jewish resistance. Next we move on to the POLIN Museum of the History of Polish Jews for a glimpse into the vibrant experience of the Jewish people in Poland. Visits to the Emanuel Ringelblum archive and the oldest surviving Jewish synagogue in Warsaw are highlights of the tour. We end with a visit to  the cemetery on Okopowa Street that preserves over 200 years of Polish Jewish history. It is truly a beit chaim (house of life), the Hebrew term for cemetery.

No trip to rediscover Jewish roots is complete without a trip to Poland’s historical royal city, Krakow. Krakow was miraculously saved from destruction during centuries of wars and turmoil. It is replete with numerous medieval, renaissance, and baroque churches, synagogues, and other architectural marvels. Krakow was once an important center of European Jewry, particularly of the Progressive movement, and now is one of the main centers of Jewish renewal in Poland. We will explore the Old Town of Krakow, the former Jewish district of Kazimierz, and the district of Podgórze where Germans established the ghetto during the war. Krakow, with its seven remaining synagogues and other reminders of Polish Jewish heritage, is both a living memorial and a beacon for the future.

Lublin, the biggest Polish city in the East, will be a one day stop during our tour. Relatively close to Ukrainian and Belarusian borders, Lublin is an important place in our program’s storyline where cultural influences from the West and East intertwined throughout centuries. The city has a rich history – its picturesque Old Town with its townhouses and churches is considered to be one of the best examples of typical Polish Renaissance and Baroque architecture. It was also one of the main cultural centers of Polish Jews prior to 1939. A highlight of this stop is our hotel, which is located in the historical building of Yeshiva Chachmei Lublin, which formerly served as the largest and most prestigious rabbinical school in the world.

Throughout the trip, we will travel through the land of Shtetls. Visiting shtetls provides an intimate encounter with centuries of Jewish existence in Poland and provides a contrast to the larger cities. We will stop in Szydłowiec and Chęciny, Brzesko, Łańcut and Kazimierz Dolny.

Szydłowiec (Yiddish: אלדישָעצוו – Shidlovtse), was established in the 12th century and had its golden age in the 15- 16th centuries. On the eve of the Second World War, 63 percent of the 11,000 people were Jewish. Szydłowiec was considered as one of the centers of Jewish life in central Poland. The local Jewish cemetery, one of the largest to survive the war and the Communist period, contains over 3,000 mazzevot that speak to the depth and breadth of life in the shtetl.

Brzesko (Yiddish: לעגירב – Brigel) was founded in 1385 and always has a significant Jewish presence. Until World War II, Brwzesko was almost 2/3 Jewish. The synagogue was destroyed by the Germans but several buildings that once were praying houses still exist, as well the New Jewish cemetery est. in 1823 with some 300 surviving mazzevot. The Blumenthal Foundation generously funds the Cemetery Restoration Project which allows Queens and UNC Charlotte students to travel to Poland, engage with the local educators and students and engage in cemetery restoration work.

Łańcut began to welcome Jewish settlers in the mid to late 17th century. The brick synagogue, erected in 1761, was saved from destruction during the Holocuast by a local family. The decorations of the interior of the synagogue single out this building making it one of the most important in Poland. It was lovingly restored in the 1980s/90s and is a highlight of our visit to this site. There are also two ohels of famous Tzadiks, Nafatli Tzvi Horowitz and Eleazar Shapiro, in the Jewish cemetery.

Kazimierz Dolny is the hidden gem of the Vistula Valley. The history of Kazimierz Dolny is intimately linked with Jewish culture. From the town’s beginnings, Jews formed an important and expanding part of the community becoming the majority during the 19th century. The beauty of the town and its surrounding landscape turned the town into an artist colony by the end of that century, with Polish and Polish Jewish painters, architects and poets coming there from Warsaw, Lublin and other large cities. Although its Jewish community is gone, its artifacts and memory remain, and Kazimierz is still a magnet for tourists and artists.

To register for the information session, please email Talli—dippoldt@queens.edu or call 704-847-3427. Space is limited. Accommodations are five-star hotels. Transportation is a private air conditioned bus. We will meet as a group a few times for some educational sessions and prep prior to May 2022.