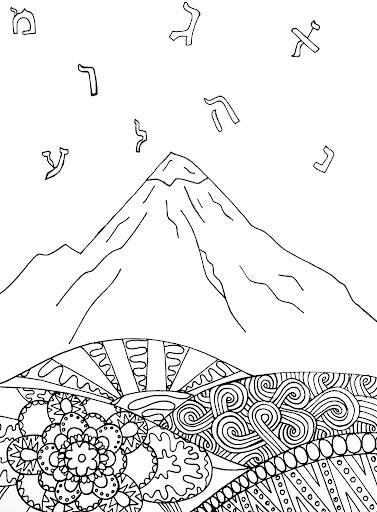 Jewish Studies and the Jewish Federation of Greater Charlotte are thrilled to present “Together and Apart: The Future of Jewish Peoplehood.”  This a 12-Week Course on Wednesdays, 12:30 to 2:00 pm, from January 12 through May 4. (There will be no class March 9, March 16 and April 13 due to the various school spring vacations.)  Rabbi Judy Schindler, Sklut Professor of Jewish Studies at Queens University, and Tair Giudice, an Israeli American with more than a decade of experience in Jewish communal leadership and Jewish education with the Jewish Federation of Greater Charlotte, will co-lead this class. This course will be offered through the Zoom format.

We will explore Jewish peoplehood utilizing a first-rate curriculum from the Shalom Hartman Institute (an exceptional center of Jewish pluralism and learning). Today we face new challenges to our unity, including nationalism, antisemitism, dual loyalty, and identity politics. Through video lectures and interviews, textual sources and a leader’s guide, we will consider what it means to be a member of the Jewish people, the core values that animate Jewish peoplehood, and the contemporary challenges to Jewish unity. The curriculum examines the forces dividing the Jewish people today and imagines new conceptual frameworks that can help sustain and grow the story of our people for a new millennium.

Unit 1: From No Home to Two Homes – The Jewish people have moved in less than a century from a people with a consciousness of having no home to a people that have two homes — in Israel and in North America. This introductory unit examines the stories we have told about ourselves throughout history, and asks whether we need a new grand narrative, a new meta-story, of Jewish peoplehood today?

Unit 2: The Judaism of Being – This unit explores one feature of the Jewish story, the Covenant of Being, in which Jews are defined by who we are, and not by what we do. This unit explores the advantages, obligations, and risks associated with this dimension of Jewish identity, which is permanent and unconditional.

Unit 3: The Judaism of Becoming – In this session, we explore the other central feature of the Jewish story, the Covenant of Becoming, in which Jews are defined by what they do. In this mission-based, aspirational Jewishness, identity is shaped around shared beliefs and practices.

Unit 4: On Universalism and Particularism – This unit explores the relationship between the commitments of Jewish particularism and Jewish universalism, and how the dance between these ideas has characterized the development of modern Zionism and debates around Jewish peoplehood today.

Unit 5: Between Nationalism, Ultra-Nationalism, and Fascism – The debate around nationalism today will affect the viability of Jewish peoplehood and Jewish unity. This session will explore various definitions of nationalism and whether we can construct a positive Jewish articulation of nationalism constructed around the value of “encumberedness.”

Unit 7: The Israeli Nation-State Law – Much of the recent debate around Israeli nationalism has focused on the Nation-State Law. This session explores two differing perspectives on the law: one denouncing its moral failings and one embracing its significance for the future of Israel as a Jewish democratic state.

Unit 8: Antisemitism as a Divisive Force – This unit explores the challenges to Jewish peoplehood posed by the current internal Jewish debate around antisemitism. The goal of this session is to understand the causes and underpinnings of a new reality in which antisemitism, for the first time in millennia, has become a dividing force rather than a unifying force for the Jewish people.

Unit 10: The Accusation and Dilemma of Dual Loyalties – This unit explores the notion of dual loyalty and its impact on Jewish peoplehood. Does a commitment to Jewish peoplehood demand dual loyalty, and does dual loyalty connote conflicting loyalty? Can Israel and World Jewry maintain a sense of togetherness while fully aware of the loyalty demands of a people, each in their own distinct home?

Unit 11 “What’s Good for the Jews?” Identity Politics in North America – This unit explores the ways in which the current discourse around identity politics poses new challenges to Jewish peoplehood and a relationship with Israel. We will study the divergent historical strategies within the American Jewish community to advocate for Jewish interests in order to understand how these different strategies relate to debates today within the American Jewish community and between Israel and American Jewry.

Unit 12 – Peoplehood – This unit introduces five categories which shape the narrative of Jewish peoplehood: 1)family, 2) shared believers, 3) partners, 4) investors, 5) consumers. The unit then focuses on the categories of family and consumers and how a synergy between the two can strengthen the relationship between Israel and North American Jewry.

Unit 13 Shared Believers, Partners, and Investors – This session focuses on the other three models within our matrix that shape and define the nature of Jewish Peoplehood and the relationship between Israel and World Jewry: shared believers, partners, and investors. We will explore each of these conceptual categories to see if they can be helpful foundations for Jewish collective life today.

Unit 14 At-Homeness – The Jewish people throughout history have always struggled with the tension of being “Together and apart.” However, the dual reality of at-homeness in North America and Israel poses new challenges to our sense of togetherness today. This concluding session reflects on both the Israeli and North American perspectives on how the Jewish people can envision and take responsibility for a future together.

Cost for this extended class with two instructors is $325 and includes an online coursebook with primary sources relevant to each lecture as well as background reading. Proceeds support Jewish Life at Queens University of Charlotte. Space is limited. We do not want cost to be a barrier. For more information or for financial assistance contact Talia Goldman, goldmant@queens.edu.