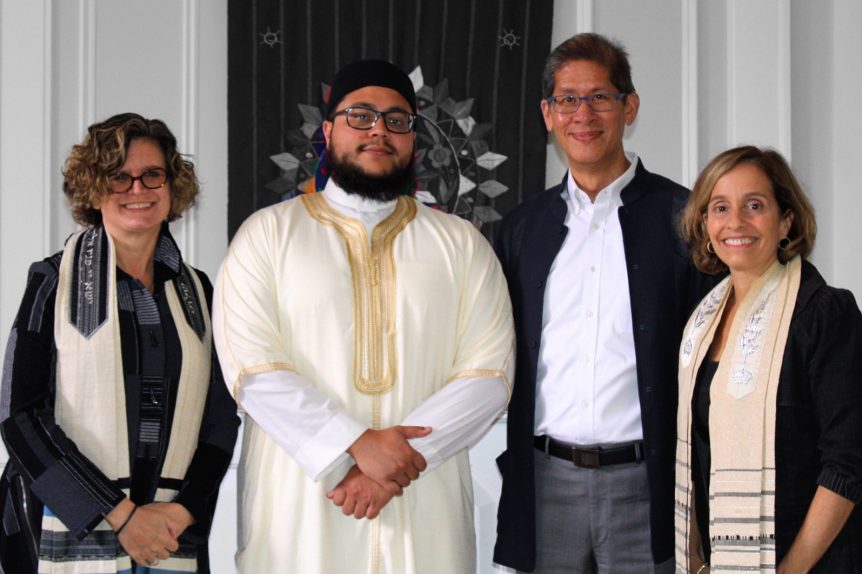 On September 11th, the Greenspon Center and Myers Park Baptist Church hosted a unique gathering of theologians, academics and students from around the country convened to discuss the 1965 groundbreaking document titled Nostra Aetate and its applicability to our world today. The panel included national leaders in the Jewish, Catholic, Muslim, and Protestant faith traditions including a discussion led by the Edgar M. Bronfman Professor of Modern Judaic Studies at the University of Virginia, Dr. Peter Ochs. The events were capped off by the debut of an original composition by Jewish and Catholic composers and musicians Beth Schafer and Ricky Manalo, CSP who were inspired by this important document. At the heart of the event, attendees discussed strategies for combatting forms of hate such as antisemitism and Islamophobia today using this enduring document issued by the Catholic Church in 1965, with the knowledge that combatting such hate requires ongoing engagement between a plurality of groups in our world today. What was modeled in the Belk Chapel between a rabbi, priest, and imam on September 11th was more than an example of the Presbyterian and Pluralist Statement created by Queens University of Charlotte leadership several years ago. Dr. Adrian Bird, scholar and Queens University new interim Chaplain, noted that this interfaith collaboration was an actualization of the vision of both Nostra Aetate and the Presbyterian and Pluralist Statement.  The day of music, study, and small group discussion was the realization of the significance of interfaith dialogue in a world in desperate need for such engagement.