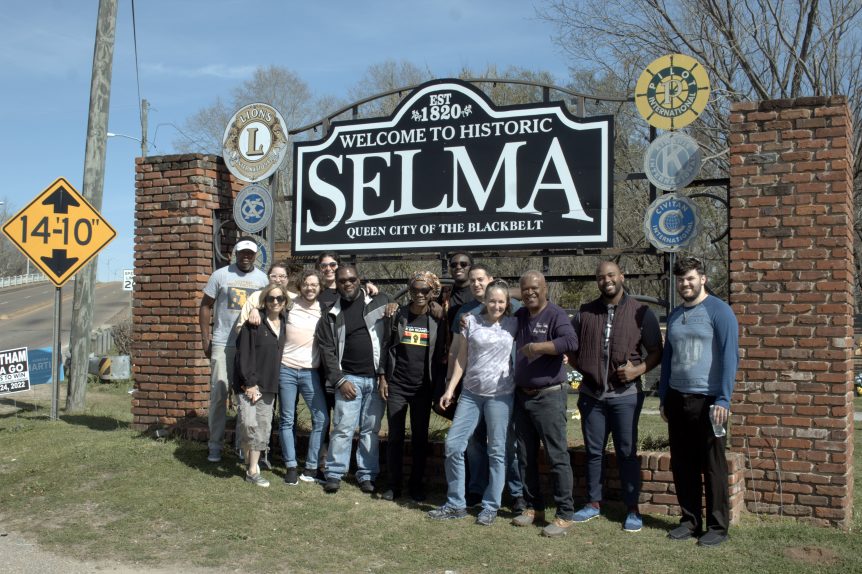 In 2020, against the backdrop of George Floyd’s murder and a rapid rise in antisemitism, Rabbi Judy Schindler was alarmed about the rising hate and division in America.  Anyone who knows Schindler knows concern turns quickly to impactful action.

“The divisions and issues in our country are so disturbing, even frightening. I knew personally I was burning to do more and was sure others were looking for ways they could help counter the hate,” said Schindler, Director of the Stan Greenspon Holocaust and Social Justice Education Center. “We were inspired by Atlanta’s Black/Jewish Coalition, founded 40 years ago.”

In Charlotte, work began in earnest in February 2021 when Schindler and two Johnson C. Smith University (JCSU) faculty members began planning the program.  In addition to Rabbi Schindler, Dr. Melvin Herring, Director of the Master of Social Work Program, and Dr. Cindy Kistenberg, Professor of Theatre and Communication, offer their expertise and mentorship to the program.

“Our vision is to immerse in each other’s differences and create a safe space for conversation,” said Herring. “We all connect to oppression, and the similarities create a bond. People like Kanye are trying to divide and separate us. We are better together, more powerful together.”

The first cohort launched in August 2021 with five Black and five Jewish young professional participants. The group met monthly and focused on a different theme each time. The first sessions provided the opportunity to better understand each other’s journeys and today’s challenges. For example, the group watched and discussed the documentary, “Shared Legacies,” which tells the story of Black/Jewish relationships and alliances in the 1960s – history many in the group learned of for the first time.

“We have experienced difficulty and hardships in both cultures, and persevered through it all,” said Terrell Hamlet, an insurance professional and pastor who joined the first group and is a co-chair for the second. “We want to be the hope and light to any darkness.”

Ty Green, social worker, poet and JCSU graduate agrees. “We learned about the oppression we both shared, about laws that limited and banned both Jews and African Americans. The alliance creates a safe space, and change happens in a safe space. We can ask questions without worrying, can I say this, is it ignorant, will I be viewed as racist.  We may believe different things, but we are united in this cause.”  Green was in the first cohort and is a co-chair for the second.

The group sessions evolved to cover topics such as learning about each other’s customs and culture, defining antisemitism and racism, exploring who has the power, openly discussing tensions, and learning about community organizing. The program’s crescendo was a Deep South pilgrimage to Atlanta, Montgomery and Birmingham. The group visited the 16th Street Baptist Church in Birmingham where a tragic 1963 bombing killed four little girls, toured the Legacy Museum in Montgomery, and walked across the Selma bridge in Martin Luther King, Jr.’s footsteps.

“Spending four days together took the group to a whole new level,” said Jordan Bernstein, attorney and co-chair of the inaugural cohort and program. “We were able to check in with each other a lot as we all shared such impactful experiences.”

Sherry Frank offered this advice for the young Charlotte program: “You’ve got to make a commitment to be in for the long haul. Change and relationships don’t develop overnight.”

The first cohort is off to a good start in fulfilling that advice. The original commitment was for nine months, but the group did not want to end their time together. They re-upped for another year and created an alumni network. They have the opportunity to join in special events with the second cohort, which held its first meeting December 12.

“I never want to see this end,” said Hamlet.  “I want to see the group continue and for more to get involved. So many want to make a difference, but don’t know how to start.  This Alliance is a way to start.”

Kistenberg has no doubt change is happening. “The participants ask questions they would not normally ask. It was a different group from the first meeting, to just before the trip, to after the trip. After being on a bus together, waiting for the bus in the rain, walking across the bridge, there was a real bond,” she said. “This is about people finding more common ground and making the world a better place.”

To learn more about the Black/Jewish alliance, visit the blog or contact Cindy Kistenberg at ckistenberg@jcsu.edu or Judy Schindler at schindlerj@queens.edu 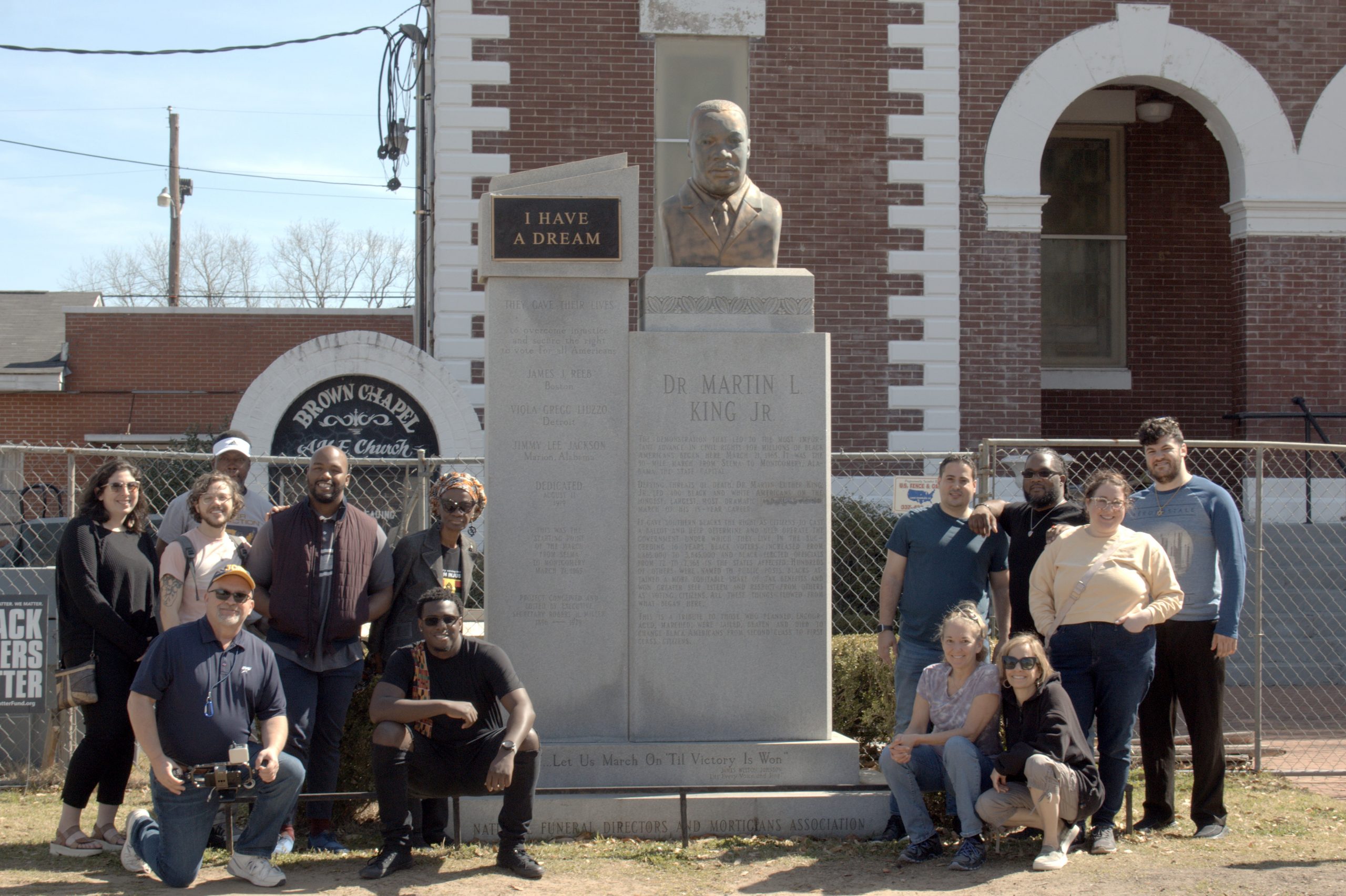 Vision and mission. The Charlotte Black/Jewish Alliance is a coalition of Jewish and Black young leaders ages 25 to 40, dedicated to cultivating understanding and authentic relationships through honest conversations, deep reflection, and community engagement