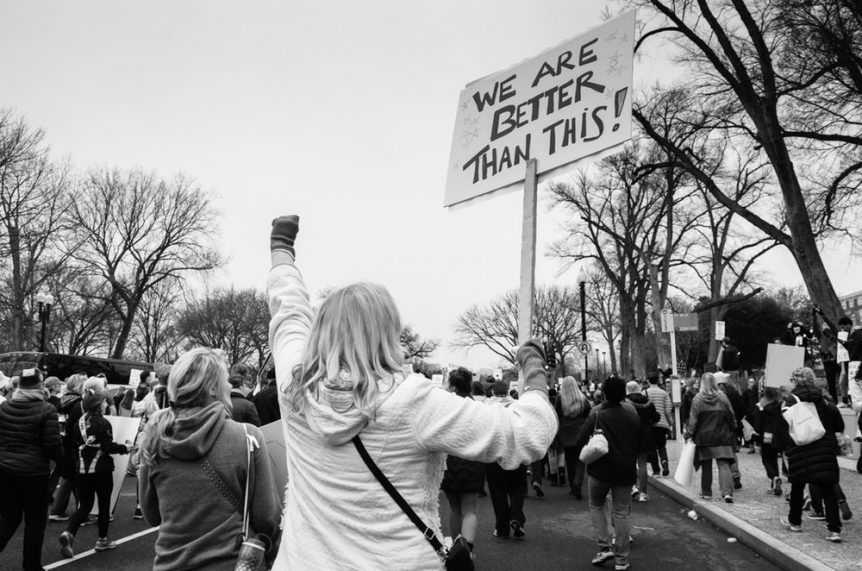 Our nation, through the acts of the Trump Administration and the silence of those in power, is sending a clear message to the world: we are putting the gas pedal to the floor with an unforgiving and cruel approach toward “the homeless, tempest-tossed” for whom our Statue of Liberty lifts her “lamp beside the golden door!”” This is an assault and debasement of American values.

We need to be clear about what is happening here: the measures taken by various government agencies during the last eighteen months are systematically closing the avenues that allow for passage through that “golden door”. The actions of this President are not the work of an inexperienced and inconsistent politician or an improvised attempt to “play to the base,” but are indeed those of a man and his Attorney General, Jeff Sessions, who are intolerant of those in desperate need of help, and especially intolerant toward those whose origins and skin color simply do not align with theirs.

The action of Trump’s Executive Order on June 20th ending the separation of children from parents does nothing to reunite separated families and institutes a policy of incarcerating entire families. This is not worthy of the victory lap he awarded himself. Ordering the infrastructure plan for detention facilities and allocating taxpayer dollars to build these facilities is a further attack on the principles of our Founding Fathers. This was not an act of humanity.

With respect to asylum seekers, I must voice loudly my view that this administration shows an utter lack of a nuanced or culturally sensitive understanding of the fear that drives these “tempest-tossed” to our door.

U.S. Customs and Border Protection (CBP) data issued on June 6th show that apprehensions (the number of migrant arrests of those illegally crossing the border between ports of entry) in May increased 178% over the same month a year earlier. This follows increases of 207% in March and 244% in April from those months in 2017. The administration and its allies contend that these increases represent a crisis at the border that demands tougher border policies and major additional resource infusions, especially construction of a border wall. [1]

The important difference about apprehensions in recent years, but particularly in 2017 and 2018, is the proportion of migrants that are either traveling as unaccompanied children or as families consisting of both adults and children. The face of migration at the border has changed from primarily men from Mexico due to demand by the US employment market for additional labor, to women, children and entire families fleeing unspeakable conditions of violence in Central America, in an attempt to save their lives.

It is important to highlight the President’s dangerous discourse dehumanizing these individuals via Twitter, likening this recent migration trend to an “infestation” of migrants at our borders, and summarily framing this as a national security threat. This dismisses entirely the reality of their plight and deems baseless their intent. This is not the truth.

These are the steps President Trump’s Administration has taken in the past year to dismantle the immigration program for asylum seekers before our very eyes:

The Architect in Chief, Donald J. Trump, has methodically created a circular pattern through the criminalization of immigration, while at the same time closing the door for asylum and ironically, arresting asylum seekers, including families with children. When the Trump Administration claims they are doing their work to support family values, they mean “American family” values only as clearly articulated on the Republican Party website.