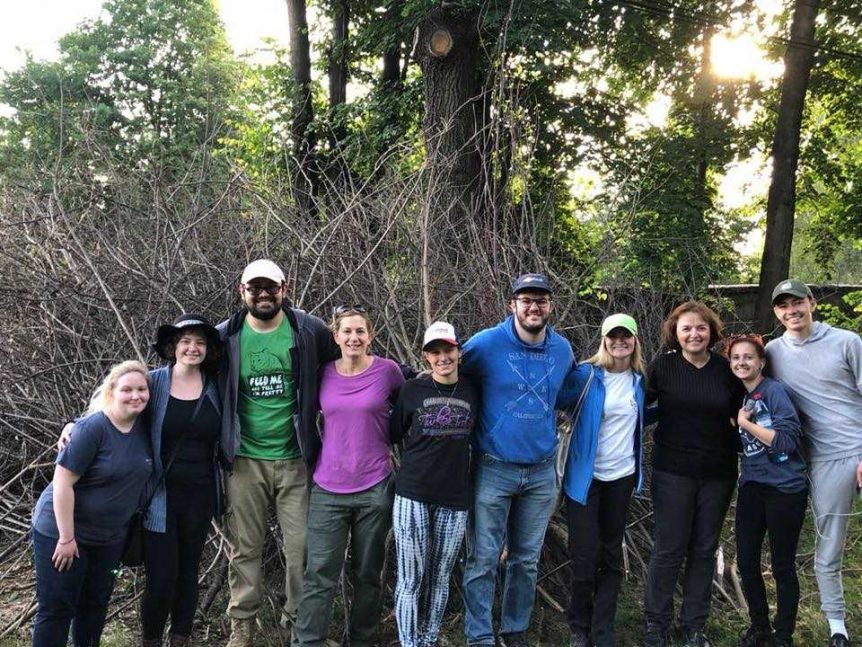 After completing a spring semester course where students explored Jewish and Polish history, addressed questions about preservation, memory and commemoration and conducted a small project at Charlotte’s Hebrew Cemetery, a group of University of North Carolina Charlotte and Queens University of Charlotte students embarked for Poland on May 13, 2018.

The students spent the first week touring various museums and historic sites in Warsaw and Krakow, specifically connected to the Jewish experience but also broader Polish history. This included guided tours of the Warsaw and Krakow Ghettos, Polin Museum, Warsaw Uprising Museum, the new exhibit on the Oneg Shabbas Archive at the Jewish Historical Institute in Warsaw (the students read Samuel Kassow’s book on Emanuel Ringleblum and the Archive during the spring semester course), Zabinski’s Villa at the Warsaw Zoo, Nozyk Synagogue, Galicia Jewish Museum, Okopowa and Brodno Jewish Cemeteries in Warsaw and both the Old and New Jewish Cemeteries in Krakow.

The group enjoyed dinners at the JCC in each city, where they engaged in discussion with local representatives about the Jewish renewal in Poland and the challenges of preserving Jewish memory. The group spent a powerful day at Auschwitz-Birkenau, following by a dialogue at the Centre for Dialogue and Prayer in Oswiecim. All of these visits supplemented the course readings and discussions from the Spring semester.

During the second week, the students conducted cemetery preservation work at the Jewish cemetery in Brzesko, about an hour outside Krakow. Prior to our visit, representatives from the Foundation for the Preservation of Jewish Cemeteries in Poland began to document inscriptions on some of the matzevot (headstones) in the cemetery but could only cover areas where tombstones were accessible, which was only a small number.

On May 20, the group arrived in Brzesko and worked daily at the cemetery, helping prepare it for the Foundation’s upcoming documentation work. Much of this involved cleaning around the graves and removing substantial brush to make matzevot accessible for indexing and geolocation. We also partnered with the local high school, including a workshop addressing questions about cultural differences and connections, joint cleaning work at the cemetery, and the UNCC/Queens students delivering presentations to the high schoolers about their research and answering questions. Additionally, our students learned about the history of Brzesko and its Jewish community, including visiting the regional museum’s exhibition on Brzesko Jews. Our local partner in this process, Anna Brzyska, documented nearly 2500 Brzesko Jews who were murdered in the Holocaust. Their names (and additional information, when available) are displayed in a small memorial listing and in a digital interface at the museum.

The first year of the project helped connect US and Polish students in preserving the memory of the Jewish community in a small Polish town. As our local partner commented, “This project is not only about Jews who used to live in Brzesko, it’s also about educating young people in the most important values and giving back to the city the part of its history which was almost forgotten.” The project has generated local interest and strong local support in Brzesko, where Mayor Grzegorz Wawryka hosted the group for dinner and discussion about the project and ongoing cooperation.

The trip proved essential in affording students the opportunity to travel to Poland, engage in meaningful dialogue across borders and contribute to the ongoing preservation of Jewish history in Poland.

Students were asked to keep a journal/blog during the trip. Noah Goldman, Senior at Queens University reflected: “I am grateful that there are amazing people in The U.S., Poland, Israel, and other countries that are working to preserve the memory of those we lost in the Holocaust and work tirelessly to prevent genocide from reoccurring. Many are unmotivated as we say “Never Again” but it happens again and again. I can’t blame them for thinking that because they’re right. It continues. But we have to keep trying to stop genocide as it wreaks its destructive forces. I saw the remnants of the Holocaust on Polish land…As I reflect on my walks through Warsaw, Krakow, Auschwitz-Birkenau, Brzesko, Pinczow, and Chmielnik and reflecting on the destruction that took place there, I fight for ‘Never Again.’ Please stay with me on this fight. Travel when you can. Expand your mind. Educate. And maybe someday ‘Never Again’ will mean Never Again!”

This program was made possible by a generous grant from the Blumenthal Foundation and the Jewish Federation of Greater Charlotte. 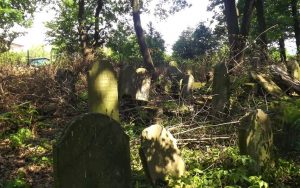 Part of the cemetery before the cleaning 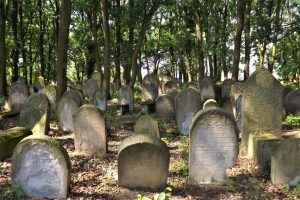 The results of our work: matzevot are ready for indexing 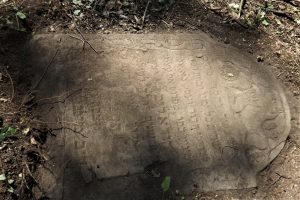 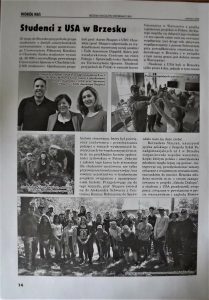 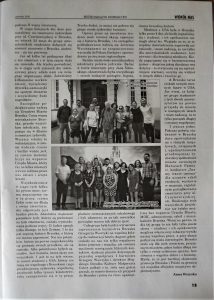