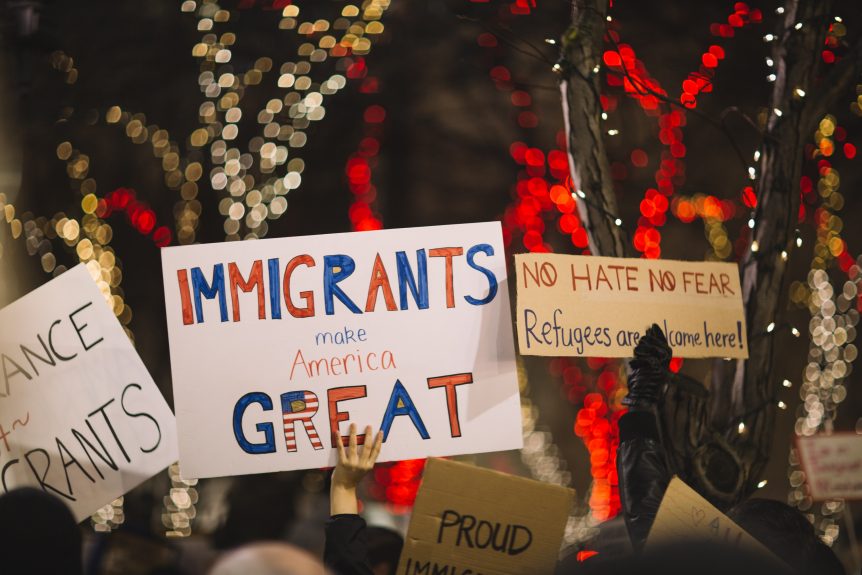 An important milestone for our immigrant communities was achieved on Wednesday, December 5th, 2018. The newly elected Sheriff Garry McFadden ended the 287(g) agreement our Mecklenburg County jail has had in force with Immigration & Customs Enforcement (ICE) since February 2006.

North Carolina had, for a number of years, the highest concentration of county 287(g) agreements in the US.

It is widely known the importance of mutually cooperative and supportive relationships with law enforcement, especially in their efforts to remove violent offenders from communities. As the Mecklenburg police agency moved away from their core role of ensuring public safety and began taking on federal immigration enforcement activities, the perception immigrants had of the role of police moved from protection to profiling, arrest and deportation, and rightly so, they retreated. The communities simply will not report crimes they are witnesses to or are victims of, as a result of 287(g) agreements and the expanded mandate of ICE by our current presidential administration.

“You can´t ensure public safety effectively if your communities won´t talk to you.” These were Sheriff McFadden´s words consistently on the campaign trail.

The collaboration with ICE became a campaign flashpoint. Rescinding 287(g) was the first order of business on his first full day in office. He means what he says. He aims to change this course and repair the damaged relationship with our immigrant communities. We look forward to this new beginning.

Our ICE office in Charlotte has a different view however and this was revealed in not so thinly veiled threats yesterday, brazen yet negligent in detail, to cause me to write this to clarify.

The article states; “Mecklenburg County Sheriff Garry McFadden’s decision to end a jail immigration program is an open invitation to aliens who commit criminal offenses,” an official with U.S. Immigration and Customs Enforcement (ICE) said Thursday night.  The official continues, “residents should expect a more visible ICE presence in Charlotte, as ICE will now have no choice but to conduct more at-large arrests in local neighborhoods and at worksites.”

That change “will inevitably result in additional collateral arrests instead of arrests at the jail where enforcement is safer for everyone involved,” said ICE Atlanta Field Office Director Sean Gallagher in a statement emailed to the Observer Thursday by spokesman Bryan Cox.(1)

What he fails to tell you is the following; although our ICE field office is threatening more enforcement and an expanded presence in the community, the removal of 287(g) restores equal treatment in the jail with respect to release and immigration status. Non-citizens in our county jail will be treated the same as citizens. That is to say, no one will be held in the jail on an ICE hold (called a “detainer”) alone.

Immigrants will be released like anyone else in our community if they are eligible for release. ICE is still able to pursue a criminal warrant signed by a judge if they want someone to be detained.

This is the key difference that is restored to our criminal justice system. A judicial warrant is an important step that preserves the need for an evidential basis for an arrest for deportation. Under 287(g), only a signature on an administrative warrant, prepared by ICE, was necessary to hold someone in our jail under a detainer for deportation. Under 287(g) the judicial requirement was absent.

And to further clarify; the 48-hour detention timeframe (part of 287g) was a county policy that was voluntary and was not law. It merely allowed ICE to arrive at the jail and deport. This was the crux of a major problem. This was how due process could be eliminated, civil liberties breached, and the Fourth Amendment of our Constitution violated.

An “open invitation to aliens who commit criminal offenses” is a politically charged statement that fails to reveal that our current processes for arrest and detention, without 287(g), have been and will be effective in deterring crime. Our current processes, restored now to all people, recognize the fundamental right of all persons to due process equally under the law, as outlined in the Fifth and Fourteenth Amendments of our Constitution.

ICE may threaten an increased presence and more arrests, but those arrests must have probable cause and be evidence based. This is a positive step forward for our communities, for overall public safety, and for the safeguards from arbitrary denial of basic rights. This is worthy of defense regardless of political affiliation.