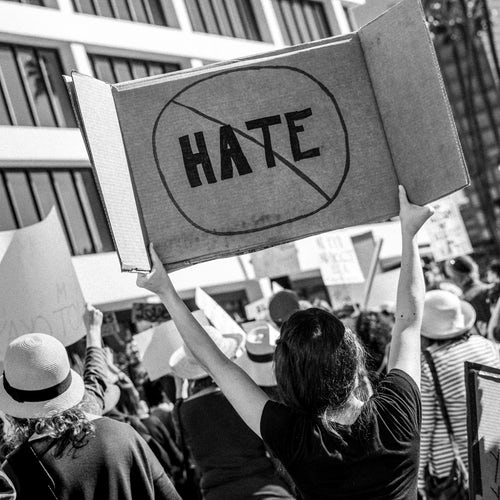 A friend of mine recently had the opportunity to speak with a Holocaust scholar who keeps an eye on antisemitism in many places. After the conversation, she told me that she was deeply concerned that another violent pogrom against the Jewish people was very close. I was startled at her obvious fear and reassured her that this could not happen. I reminded her that people are more aware than ever of the threat of antisemitism and are ready to stand up with the Jewish people against hate. As we parted she was still concerned, and I could not understand why. Then I read the article. It began:

“Rachel always thought it was best to hide her religion from her high school students. The trouble started a few years ago when she let slip to a student that she was Jewish.

‘I found swastikas scribbled in their textbooks, they drew penises around my name on the blackboard, and they’d yell like ‘Hey, Jew’ at me during class,’ said Rachel, a teacher in Berlin. ‘It became harder… to do my job.’”1

I read further and found that the administrators in the school basically did nothing and the students received little to no discipline. Eventually “Rachel” left the school for a safer teaching position. This incident, and all of the others described in the article, happened in Germany. They took place during the past year. As I read on, my friend’s fears became very, very real.

Once again, in “civilized” European countries, violence against Jews is being met with indifference.

In the past three weeks in Charlotte and the surrounding counties, the Stan Greenspon Center has been called on to deal with three incidents of antisemitism in schools. These incidents occurred between students and involved name calling and a reference to “the ovens.” Unlike in Germany, teachers and administrators are working to address these issues and to bring anti-bias education to their schools. Before we pat ourselves on the back however, I have been told that antisemitic remarks are just another part of life for American Jewish students and are largely unreported.

The phrases “Never Again” and “Never Forget” are well known to educators who teach the lessons of the Holocaust.

We do a fairly good job at remembering the atorcities of the past. However, antisemitism and violence against the Jewish people is happening again in the present.

There is no answer except for us to up our game as teachers. We must be intentional about teaching the reality and danger of contemporary antisemitism. It is no longer an option. It is vitally necessary. Along with education, we must show our students that we will firmly and quickly shut down prejudiced language and behaviors of all kinds. Let us all raise our voices and firmly proclaim, “Not on My Watch!”

If you need help finding resources for teaching about antisemitism, please contact Donna Tarney at tarneyd@queens.edu