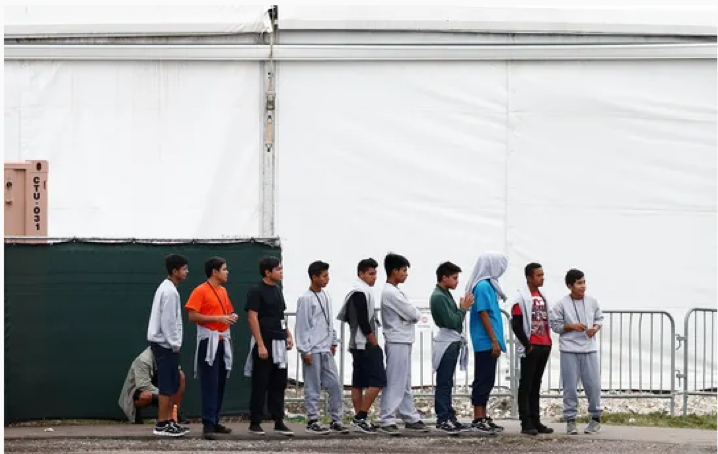 Nearly 16 million viewers tuned in to the open hearing testimony of Michael Cohen on Wednesday, February 27th. The day prior however, there was an open hearing by the House Judiciary Committee investigating the Family Separation Policy. This did not hit the airwaves so massively, yet the ramifications of what was revealed are far more damaging and long lasting than any detail of misconduct or deceit described by Michael Cohen, even if these allegations refer to our President.

What is worthy of outrage and deep concern by any parent or caring individual regardless of party is what was revealed in the hearing on Tuesday, February 26; the hearing that went unnoticed and underreported.

The Department of Health and Human Services received more than 4,500 complaints of sexual abuse against unaccompanied minors from 2014-2018 in migrant youth holding facilities. This includes 154 staff of the facilities that were accused of sexual assault. [i]

More than 4,500 complaints of sexual abuse against children. Let this sink in for a moment.

The documents were only turned in to the committee the night before the hearing and this small detail was embedded deep in the reporting. Requests for all documentation from the Department of Homeland Security and the Department of Health & Human Services had gone ignored since January.

Jonathan Hayes, acting director of the Office of Refugee Resettlement responded; “The vast majority of the incidents were between unaccompanied minors. He went on to say there were 178 incidents of alleged sexual abuse involving facility-staff-on-minor misconduct in the last four years, but those staffers were not federal employees.” [ii]

This is not making me feel any better. In fact, it enrages me even more. What does this statement say about oversight, supervision in the facilities, sub-contracting, deflection and overall callousness? Let´s dig a little here.

Over the last few decades, the need to shelter, clothe, feed and transport tens of thousands of people caught crossing the U.S.-Mexico border has resulted in a permanent architecture of for-profit corporations, small businesses, local governments and individual property owners.

The unfolding humanitarian and political crisis of the last two weeks is beginning to yield a rapid expansion of this vast, often secretive machinery. [v]

And we know where this increasing humanitarian crisis will lead to – a sudden expansion of the industries that surround and profit from this tragedy. Industries that exist only to make money off of the tragedy of migrant detention. This bodes ill for transparency and accountability.

Corporations such as GEO Group and CoreCivic, which together make up 85 percent of the private prison industry in the United States, are also big players in the business of immigration detention. Since last year, the two companies and their subsidiaries have received more than $800 million under contracts with the Department of Homeland Security and Immigration and Customs Enforcement, according to federal data.

CoreCivic and GEO wield significant influence with the government. Each contributed $250,000 to Trump’s inaugural committee. Together they spent more than $3 million since last year to lobby in Washington. GEO, based in Boca Raton, Florida, this year moved its annual leadership conference to a Miami golf resort owned by President Trump.[vi]

The federal government has awarded more than $1.2 billion in contracts that span fiscal year 2017 and beyond, for housing unaccompanied children in Texas alone.

Most of the money goes to nonprofits such as Austin-based Southwest Key Programs, which has at least $964 million in contracts.

Southwest Key has long branded itself as an angel of the borderlands, stepping in to help address one of the nation’s most vexing social services problems. But of late, it has faced citations from the state licensing agency over deficiencies administering children’s medical care, staff background checks, and under-supervision of children.

As if the above isn´t jaw-dropping enough – The Chief of US Border Patrol affirmed in the Tuesday hearing that they were directed to focus on tracking prosecutions, not the tracking of separated children.

If that still isn´t enough to cause any caring individual to implode by now – Cmdr. Jonathan White of the United States Public Health Service Commissioned Corps, a career federal official, repeatedly warned his superiors last year that the family separation policy could cause permanent trauma to young children.[vii]       He was ignored.

The cries of children and youth have been ignored. They continue to be ignored. Under this administration, the problem is only going to get worse as mounting evidence shows an utter disregard for the damage inflicted on children and their parents.

Such dysfunction in the system goes beyond mere incompetence. The reality that Federal dollars fund for-profit immigrant detention corporations who then turn around and fund Presidential campaigns is perverse. The profit motive appears to be paramount to children’s welfare and our government turns a blind eye. This is unspeakable cruelty and there is no other way to describe this truth.

We aren´t going to ignore this. Please keep this issue in the forefront of your mind, despite the onslaught of compelling news we are receiving daily. Please inform your friends, call your representatives to express outrage, vote all those complicit out. These minors and tender aged children, who will now face lifelong trauma, depend on those of us who care enough.

This is our true current national emergency.