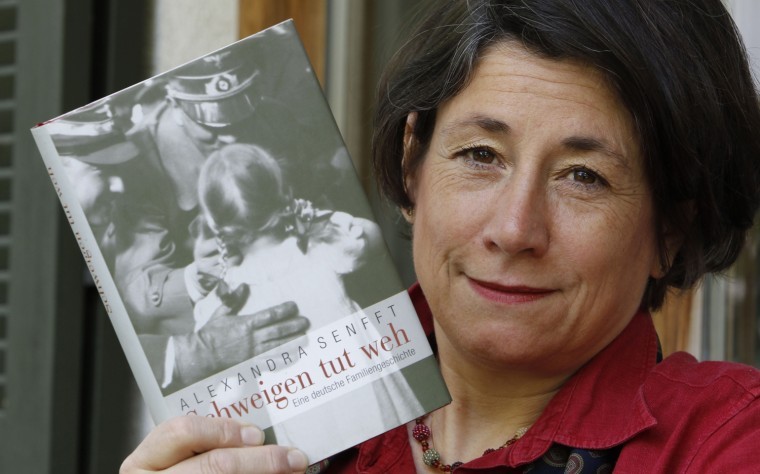 for the encore showing of the documentary

followed by a discussion of the film

“Close to Evil” traces the journey of one Holocaust survivor as he reaches out to the daughter of a Nazi who worked at the camp where many of his family members were killed. Along the way, he meets Alexandra.

Alexandra is the granddaughter of Nazi Hanns Ludin. Her biography,The Pain of Silence: A German Family History, explores the lasting impact of the complicity of silence and intergenerational guilt.

Hanns Elard Ludin was Alexandra’s maternal grandfather. He was hanged for war crimes in 1947 in Bratislava, Slovakia. Ludin joined the Nazi party and the SA-storm troopers in 1931. He became the German envoy to Slovakia. He was found guilty of being directly involved in the deportation of some 70,000 Jews.

Alexandra’s family created and maintained the fiction that her grandfather was merely a decent civil servant during the war. Their complicit silence overwhelmed Alexandra’s mother Erika when learned of her father’s execution while at boarding school at the age of fourteen. Like many other children of Nazi perpetrators, Erika died too young after decades of depression and alcoholism.

In her biographym Alexandra recounts her personal journey to discover the truth of her grandfather’s crimes and the subsequent silence that destroyed her mother. Along the way, she loses relationships with both relations and friends. But she gains new and supportive friendships such as with the visionary Israeli psychology professor and filmmaker Dan Bar-on (1938-2008). He did extensive research on the psychological and moral effects wrought by the Holocaust on the children of perpetrators. Bar-on arranged intensive encounters between children of Shoah victims and children of Nazi perpetrators. His passion was to overcome walls of silence and hostility.

Like Dan Bar-On, Alexandra is deeply involved with dialogue and conciliation. She is very aware of Rabbi Albert Friedlander’s words,

‘It’s not for me to forgive and I cannot forget; but we must live together anyway’.

Her ongoing efforts include peacemaking between Israelis and Palestinians while acknowledging the stories of trauma on both sides of this conflict.