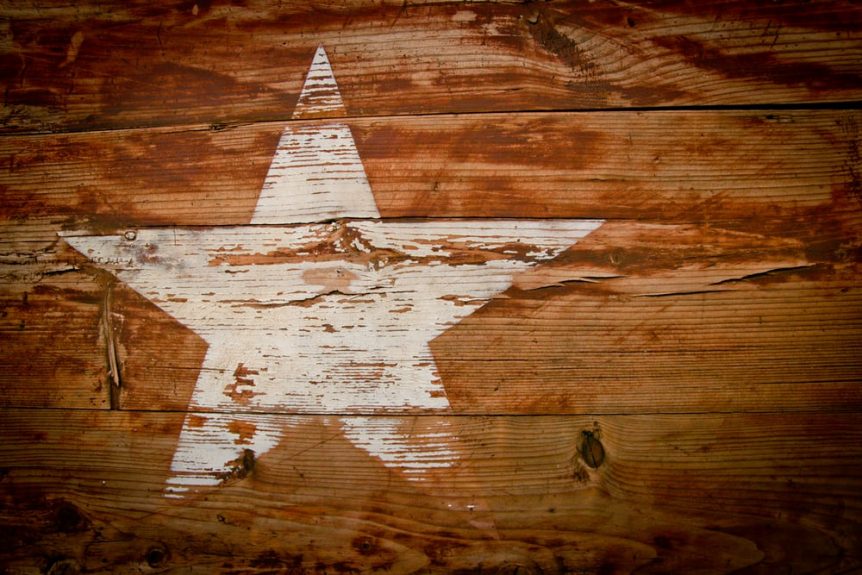 Hopefully Texas, the Lone Star State, will go down in history as the lone state —the only one — to decline refugee resettlement. As someone who rooted for the Dallas Cowboys, craned my neck to admire Big Tex — the tallest cowboy in the world at the State Fair of Texas, and attended SMU, I grew up believing everything is bigger in Texas, including its heart. But maybe in 2020 that heart has shrunk, no longer big enough to welcome the stranger escaping persecution for reason of race, religion, nationality, membership of a particular social group, or political opinion.  That is the definition of a refugee.

Today, January 15, Federal District Judge Peter Messitte in Maryland issued a preliminary injunction in the lawsuit HIAS v. Trump, blocking an executive order that, for the first time in the history of the United States refugee resettlement program, gave state and local officials the power to veto resettlement in their jurisdictions. Texas Governor Greg Abbott had jumped at the chance to veto resettlement. There was no bandwagon. Abbott jumped alone to ban refugee resettlement in his large state. And then stepped forward the federal district judge to issue a preliminary injunction, reasoning that President Trump’s executive order is likely unlawful (contrary to the Congressional intent as expressed in the legislative history of the federal refugee program) and would irreparably injure refugee resettlement agencies.

This state and local refugee ban was attacked in the courts by several of the nine primary resettlement agencies that provide reception and placement services for refugees arriving in the United States. The President and CEO of one of those agencies, Mark Hetfield of HIAS, likened the proposed state and town refugee bans to other incidences of national intolerance: “It was not that long ago that Jews and African-Americans were banned from living in certain neighborhoods and towns. We fought to end that discrimination and humiliation. Now the Trump Administration has issued an executive order which allows states and localities to ban resettled refugees? We won’t tolerate such intolerance.”

Executive Order 13888 allowing individual states and communities to have veto power over where refugees may be resettled came on the heels of (1) Trump’s Presidential Determination order that lowered the number of refugees to be admitted into the United States in fiscal year 2020 to a paultry18,000 (the lowest number of refugees resettled by the U.S. in a single year since 1980, when Congress created the nation’s refugee resettlement program, and lightyears away from the nearly 85,000 refugees the U.S. admitted in fiscal year 2016, the last full fiscal year of the Obama administration) and (2) the Muslim ban which already prevents refugees from even entering the United States if they are from several Muslim-majority countries: Iran, Syria, Libya, Yemen, and Somalia.

Prior to Judge Messitte’s issuance of a preliminary injunction, more than 40 governors, including several Republicans, had already said they would opt in to the federal refugee resettlement program. Enter Texas Governor Greg Abbott, who back in 2015 unsuccessfully sued to stop the Obama administration from resettling Syrian refugees in Texas. On January 10, Governor Abbott sent a letter to Secretary of State Mike Pompeo saying that pursuant to Trump’s order, Texas would no longer accept refugees. The rationale? Abbott said that Texas had already done its part and wanted to focus on those already living within its borders.

To its credit, since 2010, Texas has received more refugees than any other state — about 10% of the nationwide total. The Pew Research Center reports that since 2002 Texas has accepted more than 88,000 refugees — more than any state but California. But isn’t this fitting? Texas is the second largest state after Alaska with an area of 268,820 square miles. If it were an independent country, Texas would be the 40th largest behind Chile and Zambia. Texas also has the second largest population after California.

Compare those statistics to the state where I now reside: North Carolina is the 28th largest and 9th most populous of the 50 states and yet consistently ranks 10th in the United States for the number of refugees resettled.  North Carolina Governor Roy Cooper submitted a letter in December 2019 affirming North Carolina’s consent to resettle refugees, and following his lead, several North Carolina cities and counties also consented to continue their resettlement of refugees. In fact, the North Carolina state Department of Health and Human Services, which helped some local governments craft their consent letters, knows of no local government in North Carolina that has declared it will not accept refugees.

The Texas governor’s refusal to resettle refugees not only flies in the face of Texas’s ability to resettle refugees and its past generous resettlement, but also endangers the nearly 40-year-old federal resettlement infrastructure.  How? The executive order, now temporarily enjoined, could prevent refugees who have waited years and passed all vetting from being reunited with their families already based in the United States.  Based on the misguided and unhospitable decision of one public official like Governor Abbott, a community like Dallas or Houston could be stopped from welcoming refugees and reuniting them with their families already settled in Dallas and Houston, even if they have long-standing and successful resettlement programs.

In 1990 my parents, through Jewish Family Services, helped resettle Soviet Jews whom HIAS had resettled in Dallas. To this day, this family is close friends with our family, their children have graduated from college, and like most refugees, their economic contributions to our nation are great: from buying homes to being employees and employers.

Resettlement agencies challenging Trump’s order argued in court that the policy is having a “chaotic impact” on refugee resettlement organizations and refugee families, as the executive order didn’t even make clear which state and local officials are able to grant consent for refugee resettlement. Moreover, if Texas can refuse to resettle refugees, then long-established refugee resettlement agencies, who receive funding from the federal government to resettle refugees, would fall to the wayside, unavailable to help refugees already resettled in that state, or future refugees who, under a different Governor, might be admitted to the state and would be in need of resettlement services that would no longer exist.

In his December consent letter, rejecting President Trump’s bid to make America less hospitable to the refugee, Governor Cooper emphasized the bigness of North Carolina’s heart:  “North Carolina was one of the first states to welcome refugees to the United States after the United States Refugee Act was signed into law in 1980. Our state has a strong network of community and faith-based groups which aid in resettlement of refugees who seek safety from persecution.”

Last week, a federal judge ordered refugee resettlement to “go forward as it developed for the almost 40 years before Executive Order 13888 was announced.” As refugee resettlement proceeds in the face, no doubt, of a probable federal government appeal of the preliminary injunction, maybe Texas could learn a thing or two from a state with a little less land mass but a little more heart:  “The stars at night are big and bright (clap, clap, clap, clap)/deep in the heart of North Carolina.”

Amy Lefkof is a member of our Greenspon Center Immigrant Justice Advocacy Team, Chair of the Jewish Community Refugee Intitiative, who received her law degree from Yale University and her MFA from Queens University.