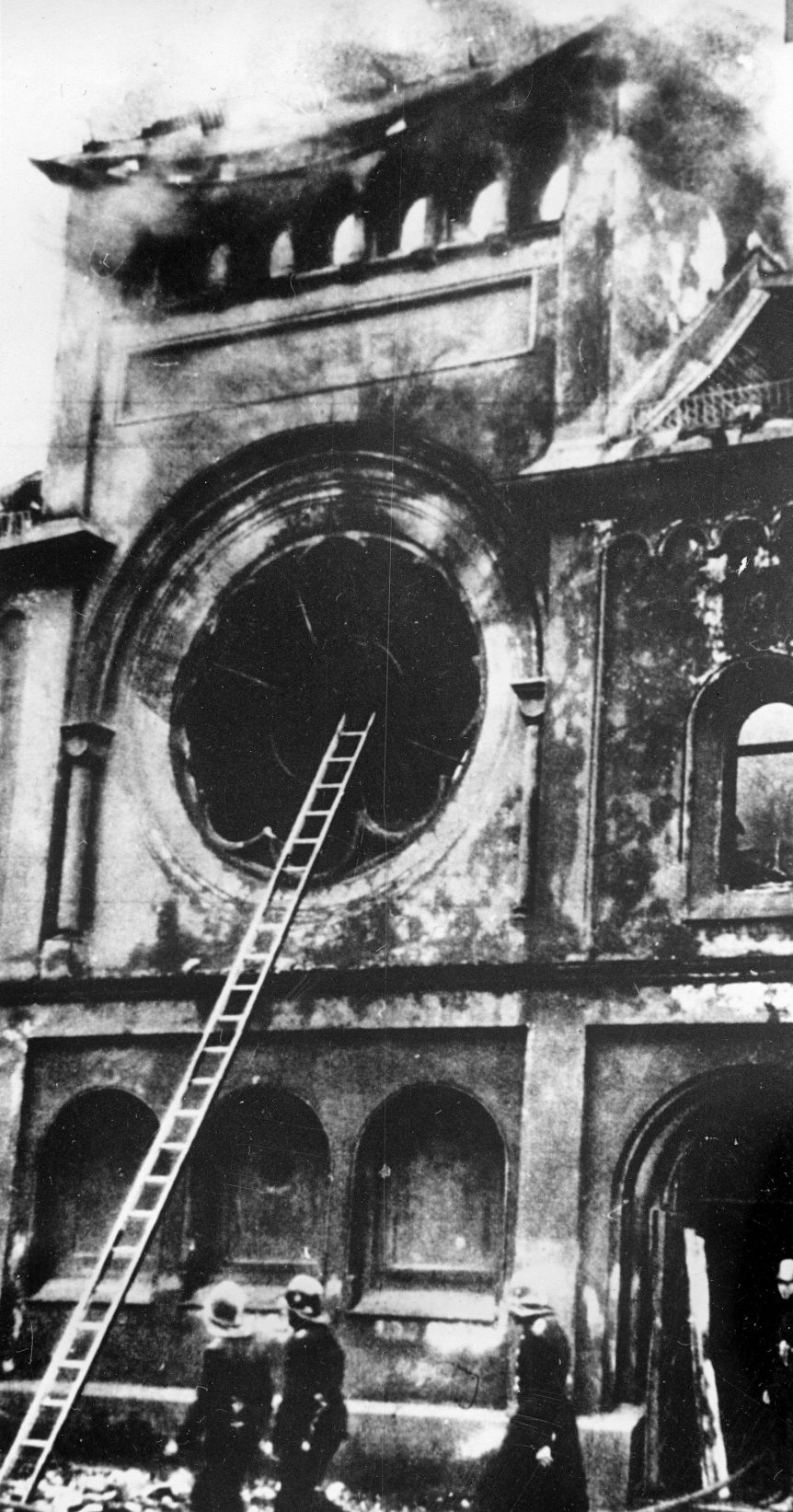 The Austrian poet Eric Fried reminds us that we can’t forget if we don’t remember.

What is the November Pogrom?

On the night of November 9, 1938, violence against Jews broke out across Germany. Although the violence appeared to be unplanned, it was carefully orchestrated by the Nazis. The violence was said to be a reaction to the assassination of a German official Ernst vom Rath by a Polish-Jewish student, Herschel Grynszpan in Paris.

During a two-day period, over 7,000 Jewish businesses were looted, dozens of Jewish people were killed, over 250 synagogues were burned. In addition, Jewish cemeteries, hospitals, schools, and homes were looted while police and onlookers stood by and watched.

The events of November 9/10 are called the November Pogrom, Kristallnacht (German: “Crystal Night”) and the Night of Broken Glass. These days in history became a turning point for German and Austrian Jews. The morning after the pogroms 30,000 German Jewish men were arrested and sent to concentration camps. Curfews were placed on Jews that limited the hours of the day they could leave their homes and businesses owned by Jews were not allowed to reopen.

Why is Kristallnacht an important historical event?

Kristallnacht marked a turning point from Hitler’s policy of forced emigration of Jews toward a systematic plan for their annihilation. From this day forward, Jews were removed from their homes, crowded into ghettos and sent to their deaths either through starvation, labor or gassing. By the end of the war, about two-thirds of Europe’s 9 million Jews (including 1.5 million children) had perished in the Holocaust.

In this November 1938 file photo, firefighters walk next to the Fasanenstrasse synagogue, Berlin’s biggest house of Jewish worship, after Nazis set fire to it in a series of anti-Jewish attacks throughout Germany and Austria on Nov. 9, 1938 called “Kristallnacht.” AP Photo/File