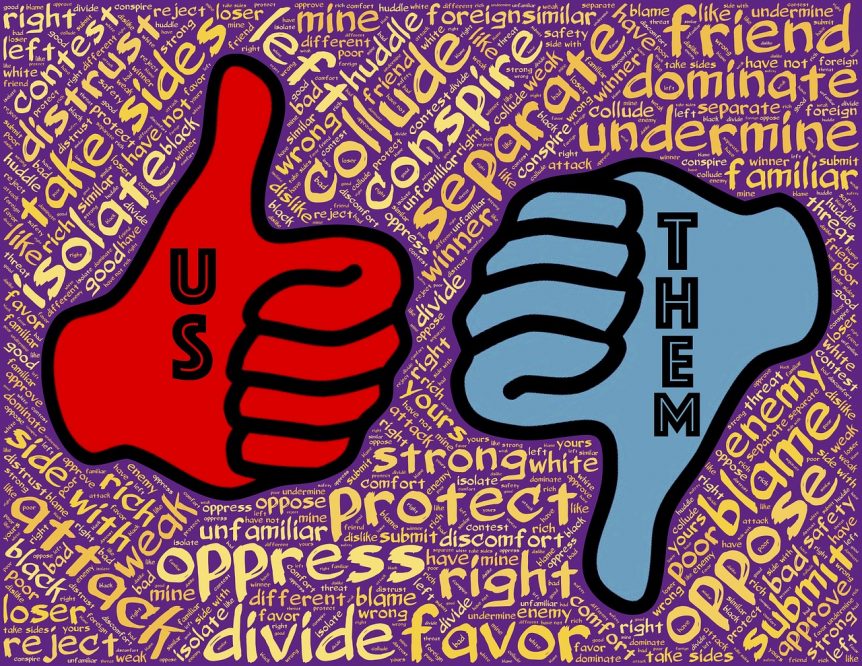 As a Holocaust educator, I always feel that I have a dual purpose: help my students to explore the various factors that led to the horrific events of what we call the Holocaust and grapple with the reality that some of those same factors exist in our schools and communities today. When we research Hitler’s rise to power, I ask the students to examine the ways in which those who hold power today make decisions and enact policies. When we read about the role of propaganda in the Nazi regime, I have the students consider how contemporary media influences our thoughts about ourselves and others. And when we uncover the deep roots of antisemitism, I have my students discuss the history and legacy of racial segregation in the U.S.

Racism cannot be separated from antisemitism because antisemitism is an insidious form of racism. In the U.S., we are used to thinking about race in terms of skin color. Throughout Europe, in the early 1900s, people were placed into racial categories based on many different characteristics including, but not exclusively, skin color. Those who invented racial categories were white, Western Europeans and considered themselves the best-of-the-best of the human “race.” Other fair skinned humans who were culturally similar to Western Europeans were superior to humans who differed physically or culturally from that false norm. In Europe, for hundreds of years before Hitler was born,  Jews were considered to be the lowest of all the “races.”

The coin is hate – or intolerance or bigotry or whatever you want to call it. No matter what you call it, not matter how you flip it, everyone loses.

The process that shaped this perception of the Jews of Europe is the same process that shaped the perception that people of color are inferior to fair skinned people. Prejudice, stereotyping, generalizing negative behavior from individuals to entire groups, and deliberately spreading lies to create sub-groups are tactics are still used today to create divisions and hierarchies of value in communities. We see the result when we watch the news stories: A shooting in a synagogue, unarmed Black men killed by police, swastika graffiti on a Jewish family’s home, the N-word spray painted on the driveway of a Black family in a mostly white neighborhood.

If we do not learn how to recognize these forms of harm in ourselves, we are complicit.

The coin is hate – or intolerance or bigotry or whatever you want to call it. No matter what you call it, not matter how you flip it, everyone loses. People who actively perpetrate antisemitism and racism steal identity, social capital, economic stability, family unity, and ultimately life from those whom they oppress. People who unconsciously hold antisemitic and racist beliefs support the system that allows discrimination and violence. If we do not  recognize these harmful beliefs in ourselves, we are complicit. We must all learn how to honestly look at our beliefs and behaviors to unearth the ways in which our words and actions contribute to antisemitism and racism.

Join us for one of our upcoming programs to begin or continue the hard work of learning from the past to change the future!