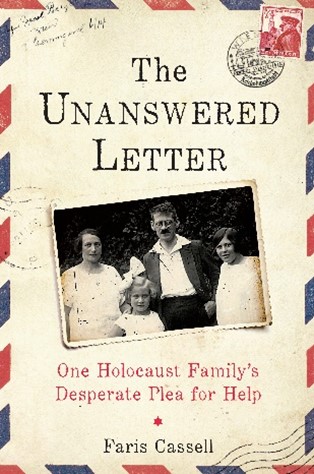 September 2, 2020 marked the 75th anniversary of V-J Day, the official ending of World War II. Yet, there is an incredible story that has only now been uncovered by award-winning investigative journalist, Faris Cassell, in The Unanswered Letter: One Holocaust Family’s Desperate Plea for Help.

In 1939, as the Nazis closed in, Alfred Berger mailed a desperate letter to an American stranger who happened to share his last name. He and his wife, Viennese Jews, had found escape routes for their daughters. But now their money, connections, and emotional energy were nearly exhausted. Alfred begged the American recipient of the letter, “You are surely informed about the situation of all Jews in Central Europe. . . . By pure chance I got your address. . . . My daughter and her husband will go . . . to America. . . . Help us to follow our children. . . . It is our last and only hope. . . .”

After languishing in a California attic for over sixty years, Alfred’s letter came by chance into Cassell’s possession: “I felt like I held a life in my hands.” Questions flew off the page at her. Did the Bergers’ desperate letter get a response? Did they escape the Nazis? Were there any living descendants? For decades, Cassell could not rest until she discovered the ending of the story.

Cassell’s gripping narrative will immerse readers in the lives of the Berger family and bring them along on her journey in writing The Unanswered Letter, which led her to:

A story that will move any reader, The Unanswered Letter is a poignant reminder that love and hope never die. 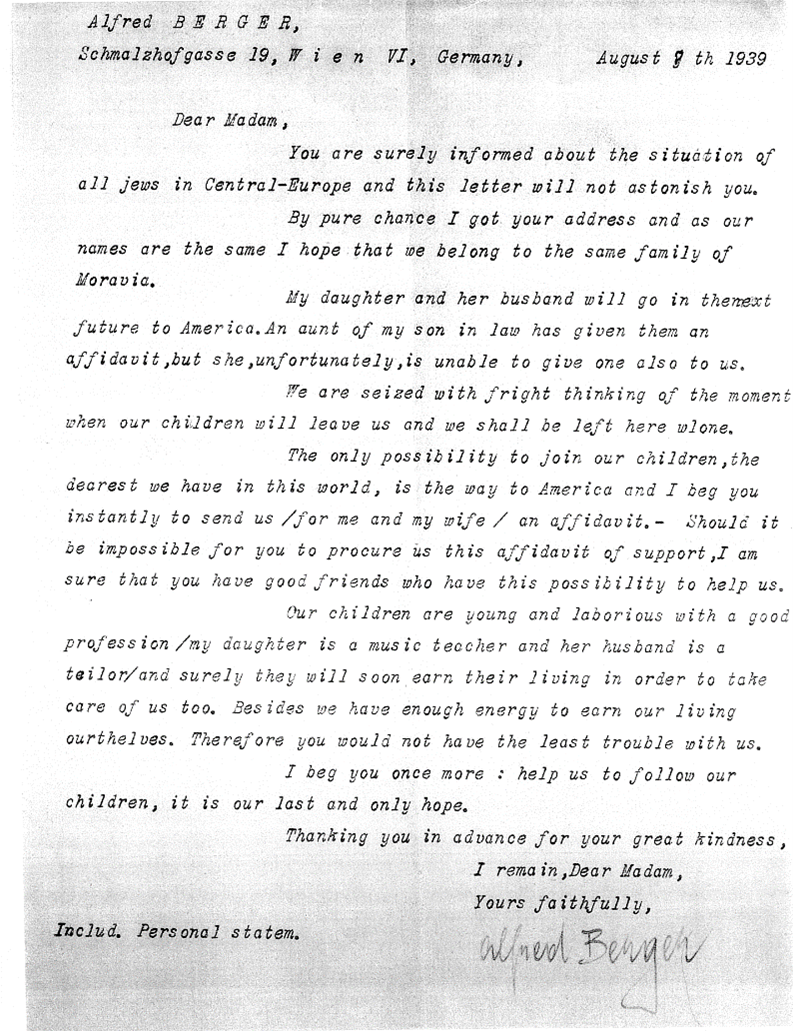 That August the Berger family network was throbbing with newfound energy. Family members spread across the globe were talking to each other about the Holocaust, fitting pieces of stories together, asking questions. Family members whose memories stretched back to before the Holocaust were talking with the younger generation, who had never heard the stories, and with siblings who had held their questions inside.

A number of the Bergers, like Sidney’s family and many other Jews after the Holocaust, had maintained a dogged silence about their history, concealing a core of pain. . . . Although the Holocaust connected and affected them all, no one, including Celia, had made more than passing efforts to explore it.

Now, secrets were slipping out . . . Richard had abandoned his family . . . pieces of stories were falling into place . . . I was arrested crossing the mountains. The guard told me, “Try again tonight.” I waited in Zurich but no word from Ernst . . . Repressed longings were welling up . . . I didn’t know. I never dared to ask.

The Bergers were shedding tears, forging renewed connections to each other and to the catastrophe that had shaped their lives, telling their own Holocaust history. They were realizing that they had their own Exodus story, their own Night—Eli Wiesel’s story of love, pain, and horror—their own heroines, heroes, and victims: a family who had braved life-threatening obstacles, a sweet child who had survived in hiding, and another who had perished at Auschwitz.

Talking about those days, sometimes Loli spoke easily; other times she paused, looked away, or closed her eyes. “What I saw, what I suffered, I thought it was the end of the world. We lived across from a train station, and I saw the soldiers coming in. I saw them take dresses from girls. They made them clean the streets with the dresses, and beat them and . . .” She paused. “They used them. They didn’t hurt me, but they often beat people. All the time.

“We couldn’t go out. It was dangerous. I don’t know myself how I overcame it. Every day we saw horrible things. I think every stone in Vienna remembers.”

A note to Martha (daughter of Alfred Berger) from her husband Leo (p. 241)

“Pray well and luck be with you. Times are difficult for us now, but always be proud that you are a Jew. February 26, 1939.”

FARIS CASSELL is a journalist and writer. She and her husband, Sydney, live in Eugene, Oregon. She earned a B.A. in history from Mount Holyoke College and an M.S. in journalism from the University of Oregon. Her decades of research into Alfred and Hedwig Berger’s story was supported by a Mount Holyoke Alumnae Scholarship and by the generous cooperation of the Berger family. 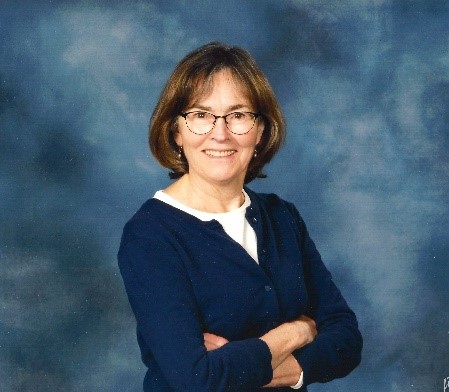