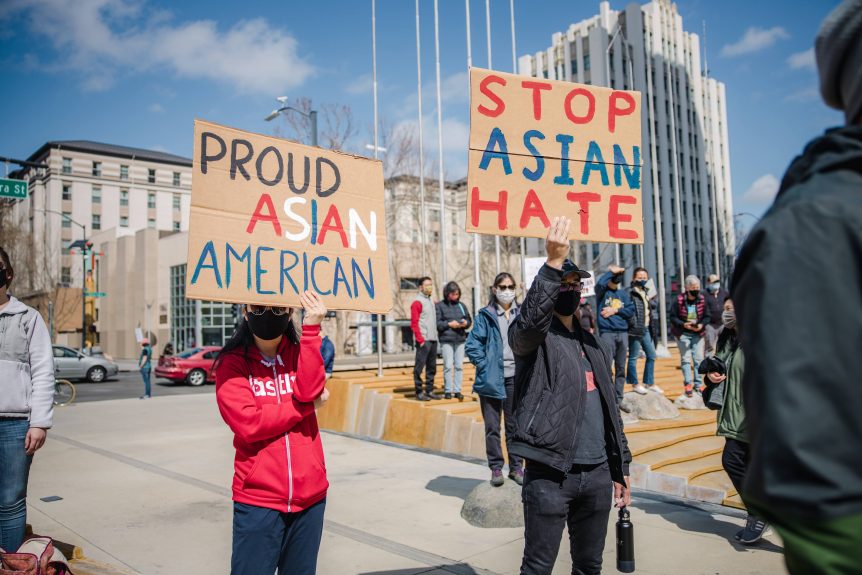 “You are not obligated to complete the work, but neither are you free to desist from it.” (Pirkei Avot 2:21)

It is important to educate ourselves and our community about the issues surrounding anti-Asian hatred, to stand up to racism wherever we see it, and to work to build the safe, inclusive communities we all deserve.

In the past year, the STOP AAPI (Asian American/Pacific Islander) HATE reported over 3,795 incidents of coronavirus-related verbal harassment, shunning, and physical assault on Asian Americans across the U.S.– including the horrific murders of six Asian women in a mass shooting in Atlanta.

Racism was reinforced against Asian immigrants as early as 1854, in incidents such as People v. Hall, where it was ruled that people of Asian descent could not testify against a white person in court. And again in 1882, when Congress passed the Chinese Exclusion Act, which banned Chinese immigration to American for 20 years. It was extended until its repeal in 1943. After the bombing of Pearl Harbor, tens of thousands of Japanese immigrants and Japanese Americans were forced into internment camps by the U.S. government. Conditions in the camps were extreme, and they were only allowed to leave once the war ended.

Acts against Chinese Americans occurred throughout history. In 1871, 17 Chinese men and boys were hanged. During the Rock Springs massacre of 1885, 28 people were killed and 80 homes burned.

The time for change is NOW. If you are tired of the hatred, there are things you can do.

Check-in with your Asian American peers:

Ask the Asian Americans in your life what you can do to support them. That could be something as simple as offering to help them go to the grocery store or to run an errand.

In response to the massacre in Atlanta:

Asian American Advancing Justice – Atlanta is currently calling for local and state governments to provide “crisis intervention resources, including in-language support for mental health, legal, employment, and immigration services.” The organization also has callouts for anyone to:

Groups like the Asian American Resource Center in Georgia also have volunteer opportunities. That organization is also fundraising to help the victims’ families with funeral and arrangement costs.