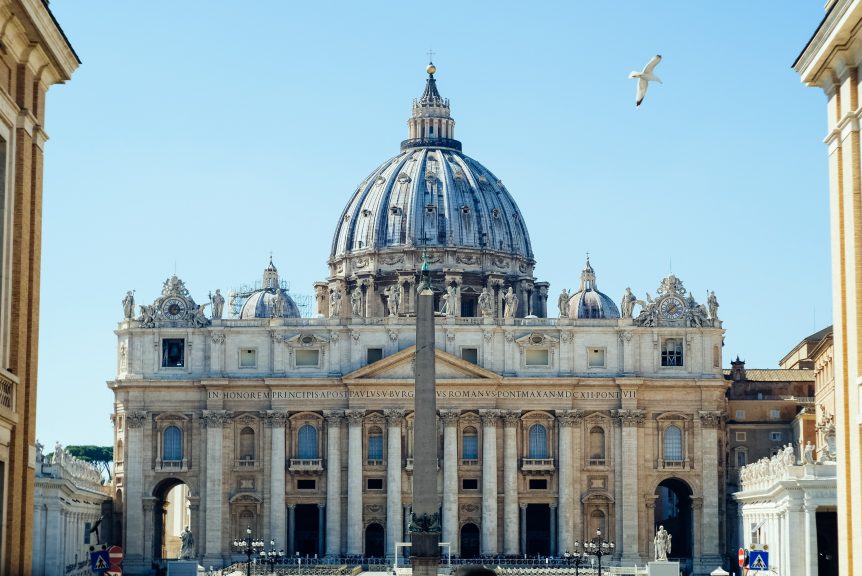 “In our time, when day by day mankind is being drawn closer together, and the ties between different peoples are becoming stronger, the Church examines more closely her relationship to non-Christian religions.”1

So begins the shortest document to emerge from the Catholic Church’s Second Vatican Council, better known to Catholics as simply Vatican II. Titled Nostra Aetate, literally “in our time,” this text calls Catholics to recognize and respect that there are “true and holy” teachings that “often reflect a ray of Truth” in non-Christian religions. Christians must “recognize, preserve, and promote” things that are good and moral in the cultures that adhere to these traditions.2 Forced conversions were considered sinful as was religious discrimination or persecution.

Although it sounds reasonable to our ears, this message was revolutionary. In the two thousand year history of Christianity, no written teaching had ever recognized anything except Christianity as the Truth of Revelation. Nostra Aetate didn’t stop there, however. Pope John XIII, the pope that called Vatican II into being, especially wanted to begin healing the deep wounds inflicted by Church teachings against the Jews.

In section four, special care is given to clearly define the relationship between Catholics and Jews. In 18 sentences, centuries of anti-Judaism was officially overturned. Jews were declared “not guilty!” of the crime of deicide. Jesus, Mary, and the Apostles were officially recognized as faithful Jews, rather than the first Catholics. The Church proclaimed that the covenant between G-d and the Jewish people was eternal and had not been broken. It acknowledges that Christianity is a tradition that finds its foundations in Judaic scriptures and teachings. The document also opened formal interreligious dialogue at the highest and lowest levels of the Catholic Church.

Pope John XIII announced Vatican II on January 25, 1959. At this time, he appointed senior members of the Church to gather committees that would draft documents to be considered at the council.4 On November 1, 1961, the first draft of Nostra Aetate was created. It spoke only to the relationship with the Jews in much greater length and detail than the final document. Once Vatican II was officially opened on October 11, 1962, additional members began working on the document and widened the document to include other non-Christian traditions.

During the three and a half years between the first draft and the final document, there were five drafts and one amendment. Important voices from within the Council and those observing the proceedings fought against Nostra Aetate. Many were disturbed by the epic shift in theology and the potential for violence against” Christian minorities in predominantly Muslim counties.”5

Pope John XIII, the driving force behind the inclusion of the issue of Catholic-Jewish relations, died on June 3, 1963, two years before the end of the Council. His death was a shock to the world and a loss to the Church. He was succeeded by Pope Paul VI who officially promulgated Nostra Aetate on October 28, 1965, officially encouraging dialogue and understanding between Catholics and Jews all over the world. Hesitant and tenuous at first, these conversations gradually gained depth and permanence among many parishes and congregations. In several areas, yearly conferences were established to ensure the progress made during Vatican II did not fade with history. Charlotte joins in this tradition as we co-host the first annual Nostra Aetate in the Charlotte area with Belmont Abbey College. To learn more and join us, click here.