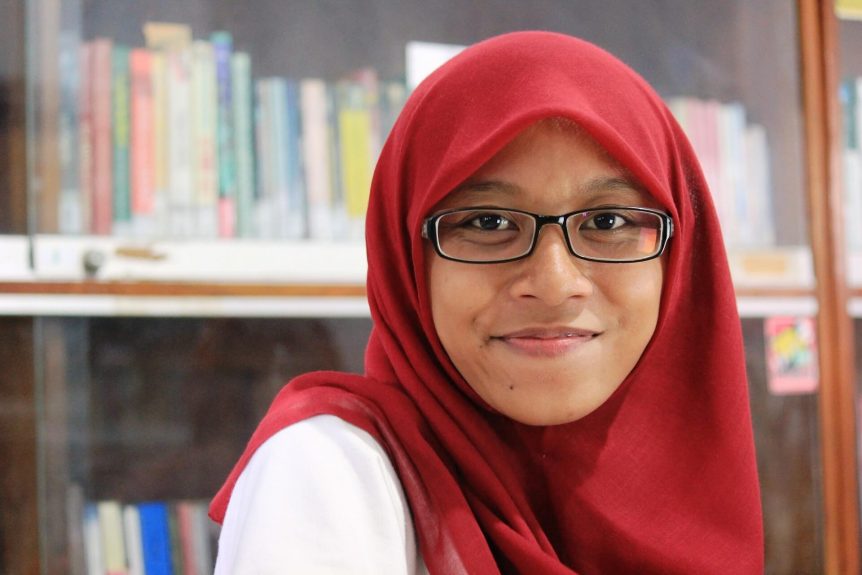 Islamophobia has become so mainstream in this country that Americans have been trained to expect violence against Muslims – not excuse it, but expect it. And that’s happened because you have an Islamophobia industry in this country devoted to making Americans think there’s an enemy within.

On Monday, May 15th, Mecklenburg Ministries held the last of a three-part series, “Understanding 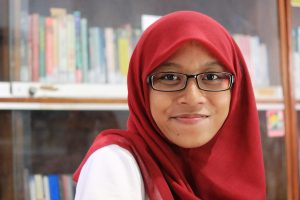 Islam Today” at Park Road Baptist Church.  This session explored the roots of political and and cultural prejudice against Islam and the ways in which Muslims have come to be viewed as the “other” in the United States.

Rabbi Judy Schindler, director of the Stan Greenspon Center at Queen’s University, was part of a diverse array of speakers representing the three Abrahamic religions.  Opening the session, Reverend Rodney Sadler emphasized that the purpose of this series was to celebrate the good in each others’ faiths and to promote understanding and connection while emphasizing the values of peace, justice, and fairness.

Rabbi Schindler was one of two panelists who discussed their participation in World Hijab Day last February 1.  Her decision to wear the hijab was prompted by a series of recent events.  A few days earlier she gave a lecture to her class on the apathy and xenophobia that contributed to the deaths of millions of Jews during the Holocaust.  Holocaust Remembrance Day was observed later that week on January 27th, where President Trump issued a perfunctory statement for the occasion that declined to mention the Jewish people. He simultaneously announced his infamous executive order barring citizens of seven Muslim-majority countries from entering the US for at least 90 days.  The following day, a mosque in Texas was burned to the ground and the day after that there was a shooting in a mosque in Quebec City, Canada that killed six and wounded eight.

Rabbi Schindler felt the need to visibly demonstrate her solidarity with the Muslim community.  Her friend Rose Hamid—who gained national attention for her dignified, silent protest for peace and tolerance at a January 2016 Donald Trump rally—encouraged her to participate in the first annual World Hijab Day. Rabbi Schindler stated that “as a Jew committed to justice, I wore the hijab.” 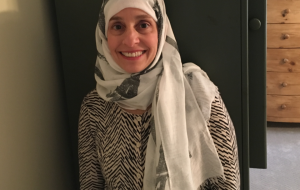 thought regarding the wearing of the hijab. Among many other interpretations, the hijab can be viewed as a demonstration of one’s piety and faith, a manifestation of repression, or a statement of feminist autonomy.  Rabbi Schindler’s participation was well publicized, as she was featured in a front page article in the Charlotte Observer about World Hijab Day.

She received some positive feedback, but her simple gesture of solidarity also provoked hateful and hysterical responses. The most menacing of these was a phone message in which the caller expressed his hope that Rabbi Schindler would be raped.  To Schindler’s dismay, this horrifying experience was exacerbated by the attitude of a police officer, who when investigating the issue remarked, “You know what the Qur’an says about rape.”  As Rabbi Schindler related this experience, the audience gasped audibly at the inappropriateness of the officer’s comment — a sad reminder of the aggressive and willful ignorance that is so often flaunted in our society.

Mary Conlon also recounted her experiences on World Hijab Day and agreed with Rabbi Schindler that while they both had to deal with the fear of bigotry and judgement, they only got a glimpse into the daily insults and slights — and worse — that  our Muslim sisters and brothers endure every day.

The event also featured a panel discussion with local Muslim religious figures and laypeople. Reverend Sadler asked members of the panel how prejudice affected their daily lives. Dorene Alama was especially troubled by the treatment of her daughter, who is sometimes singled out because she wears the hijab. Alama’s daughter works at a local CVS pharmacy and sometimes encounters customers who refuse to be served by her.  This is ironic, given that modern medicine owes much to the innovations and discoveries of Muslim doctors, especially in the Middle East and Spain, in previous centuries.  Luckily her daughter has a sympathetic manager who tells such people to take their business elsewhere.

Several panelists spoke of 9/11 as a pivotal moment in their awareness of the breadth and ferocity of prejudice against them.  Mujtaba Mohamed, a Charlotte lawyer, was not fully aware of his identity as a Muslim or as an outsider, but was suddenly confronted with accusations like “Why did your people kill Americans?”  He was only 11 years old.

Anti-Muslim prejudice is not always so overt, as Imam Abdullah Antepli of Duke University explained.  It can come in the relatively subtle form of comments such as “Wow, you’re an imam and yet you’re calm and likable!” Imam John Ederer added that the acceptance and repetition of such categories as “moderate Muslims” or “peaceful Muslims” is similarly demeaning and foolish, as those labels suggest that the norm is otherwise.

The Injustice of Islamophobia

Most Christians, growing up in our majority-Christian nation, would justly reject sweeping generalizations about their religion, which they know to be immensely diverse. Islam and its adherents are no less diverse and, like Christians, can be found in all corners of the globe.  Muslims constitute 20 percent of the human race and are found among a wide variety of races, ethnicities, and nationalities.

A cornerstone of Islamophobia is that Islam is intrinsically violent.  It should be known that Muslims account for more than 90% of victims by groups such as Al Qaeda and ISIS.  Only a minuscule percentage of Muslims condone violent and extremist groups, and Muslims are no more likely to desire to live in a theocracy than Christians or Jews. As [name] remarked, we can hardly imagine that Christians would care to be judged by the actions of groups such as the Ku Klux Klan or Joseph Kony’s Lord’s Resistance Army.  As we are reminded by the well-known scholar of world religions, Dr. Reza Aslan: “Islam doesn’t promote violence or peace.  Islam is just a religion, and like every religion in the world, it depends on what you bring to it. If you’re a violent person, your Islam, your Judaism, your Christianity, your Hinduism, is going to be violent.”

We Must Know Each Other

The evening concluded with calls by all the panelists for continued education and opportunities for dialogue that foster community.   The great prescription for fear of the “other” is to know the them.  We cannot hate one another when we know one another.  Combating Islamophobia requires the patient work of bending the arc toward justice.  It is painfully slow, but each of us must advocate for the protection of our Muslim community and for a society that values peace, justice, and love.

– Louise Clark is the Refugee Advocacy Coordinator for the Stan Greenspon Center.

– John Cox is a professor of Global Studies and the Director of the Center for Holocaust, Genocide & Human Rights Studies at UNC Charlotte.