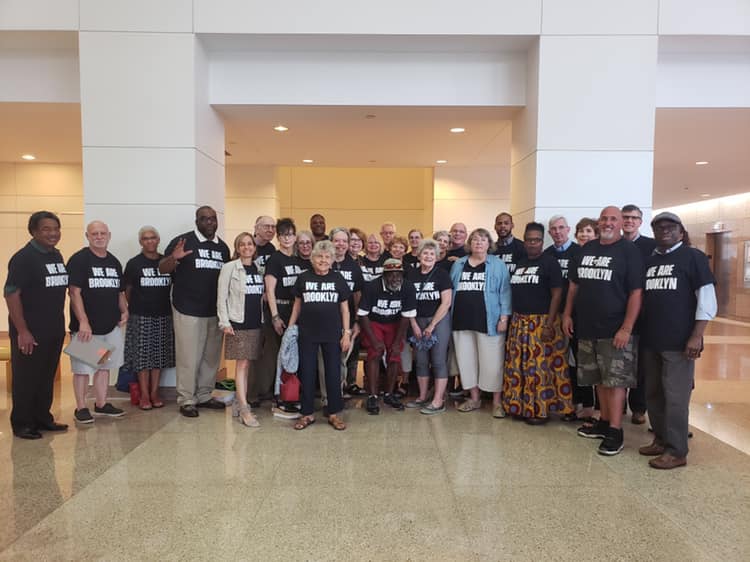 “We are Brooklyn” is the thought that comes to mind as I sit in a room full of advocates for restorative justice. Some from the original Brooklyn neighborhood, others proximate to similar challenges, and most just passionate about the cause. I listen to the stories of former Brooklyn youth attending the neighborhood movie theater after school and patronizing the local black-owned barbershop and beauty salon. I hear stories of the trauma inflicted when they were ripped away from the only home they knew, only to be moved to lower quality, more dilapidated housing. I hear stories of business owners who lost their professions, churchgoers who lost their place of worship, and children who lost the stability of home, school, teachers, and friends.

I hear stories – verbal records of the existence of a once thriving, and culture-rich community called Brooklyn. And, too often, I hear similar stories reminding me of how closely the fate of Brooklyn is connected to the past and present. These stories aren’t just isolated experiences. Instead, they represent the collective experience of black and brown people across our communities.

Think about it. If we could travel back to the 16th century, we’d hear a story similar to that of Brooklyn. Only then it was the story of colonialism where indigenous people were forced out of their land to make room for European colonization in the name of “progress” – the creation of America. In South America, Africa, and India the same stories were playing out. Indigenous people pushed aside so that “better” people could settle and “civilize.”

If we fast forward from then to now, and travel all the way into our present (2019), we see history repeating itself as indigenous neighborhood residents are displaced in the name of gentrification.

Gentrification – we put it in a box, wrap it with pretty paper, tie it with a bow, and label it as progress. This type of “progress” is only achieved when groups of people, typically black people, experience great loss.

Homes, community, history, and pride are demolished. Remnants of hope vanish and just like that another community is erased as if it were the wrong answer on sloppy homework.

It happens even as I write. We see it and live it – the same narrative perpetuated continuously through history. It happened with Cherry, Wesley Heights, and NODA. It continues to happen with Grier Heights, Enderly Park, and Lake Arbor. So, the question is….when will it end? I don’t have that answer. But I do know that as we advocate for restorative justice for Brooklyn, we are also advocating for every community, person, and family that Brooklyn represents.

So, join us in the fight for justice. The fight against displacement, gentrification, and modern-day colonialism. After all, WE ARE Brooklyn too – and we will not be erased!