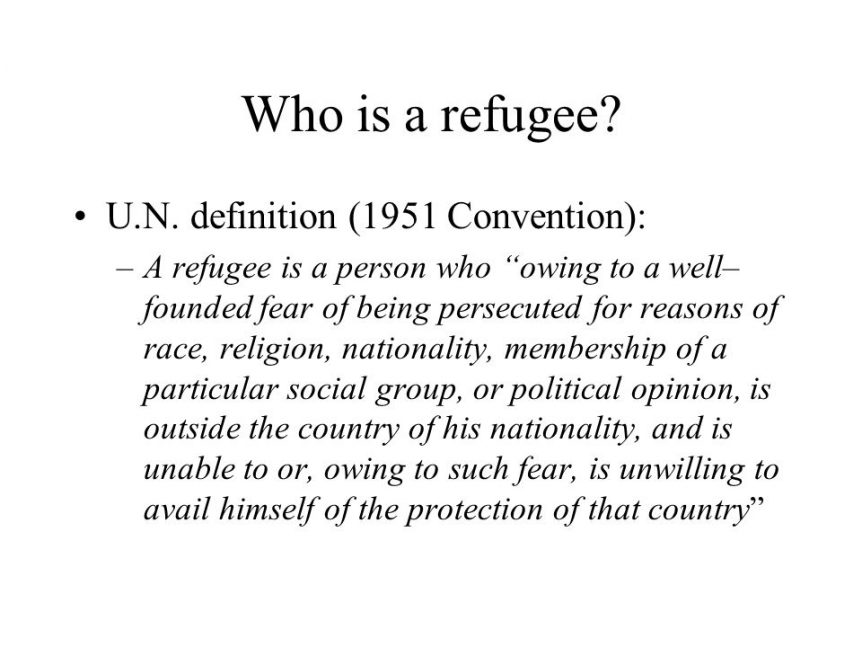 According to United States law, a “refugee” is a person who is unable or unwilling to return to his or her home country because of a “well-founded fear of persecution” due to race, political opinion, religion, national origin or membership in a particular social group.

The United States adapted this definition in 1968, when it became part of the United Nations 1951 Convention and 1967 Protocols relating to the Status of Refugees. In 1980, Congress passed the Refugee Act, which incorporated the Convention’s definition into U.S. law and provides the legal basis for today’s U.S. Refugee Admissions Program (USRAP).

Historically, the United States has been a global leader in the resettlement of refugees—until recently, the US offered refuge to more people than all of the other nations combined. The need for refuge for those individuals fleeing violence and persecution in their home countries has increased dramatically in recent years. The process to become a refugee has always been arduous, but recently new security vetting procedures have been imposed that delay the waiting time for refuges to flee the hazardous conditions that they face. In 2017, the United States offered refuge to fewer people than the rest of the world.

The number of refugees that can be admitted each year is determined by the President. In 2019, the number allowed into the US was slashed to 30k, down from 110k just two years earlier.

If you feel emboldened to do something, here are a few ideas:

Thank you for your passion, dedication and determination to make a difference in the lives of the most vulnerable.