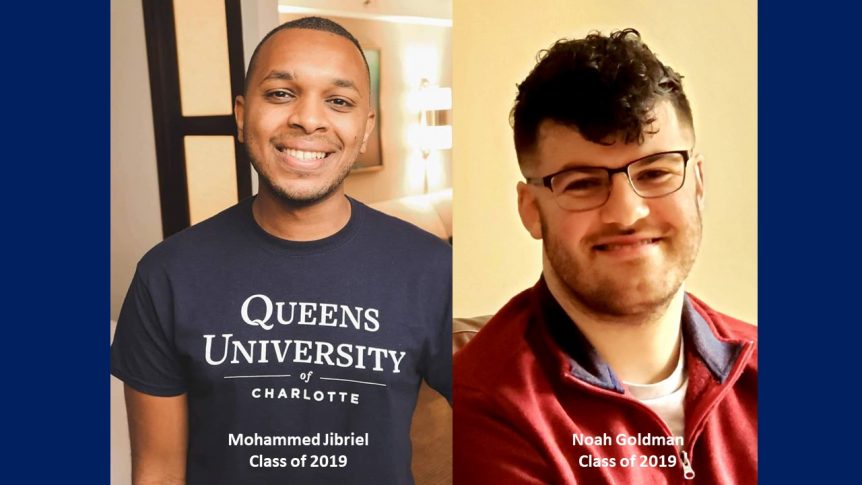 “So great is peace that God’s name is peace — ‘Shalom,’ that all the blessings are held within it.” – Leviticus Rabbah

In Genesis 25, Isaac and Ishmael, the respective forefathers of the Jews and the Muslims, set aside their differences to come together and bury their father in Hebron. Like most pairs of brothers, they did not always get along. Unfortunately, the disputes between Isaac and Ishmael did not end with them and have been passed down to their theological descendants. One would not be blamed for forgetting that Jews and Muslims are theological cousins. And sometimes cousins will fight.

With this in mind, is dialogue about the Holy Land even possible? You would not be faulted for believing it is impossible. The intractability and emotion behind the conflict seems to end all hope of it ever ending. Unfortunately, when violence breaks out in the Holy Land, bigotry breaks out around the world. Usually, the United States has been mostly spared from this, but things were different this time around. Discussing the Israel-Palestine conflict was hard enough; the increase in antisemitism and Islamophobia made it seem almost impossible.

On May 11th, 2021, we met at a Thai restaurant to break the fast as it was the twenty eighth night of the holy month of Ramadan. We sat down, ate, and talked to each other. Our time together was a part of the healing process as both of us were in so much pain due to the recent tensions in Jerusalem and later in Gaza. Neither of us is Palestinian nor Israeli, but as Muslim and Jew, we are both deeply connected to the Holy land. We got to listen to how each of us brings our unique, individual perspective to not just what was happening in May, but about the conflict as a whole. We can all do better to drop the assumption that the other is a blind follower to their cause and their people. We each brings our own perspective based on our people’s histories, experiences, and even trauma.

What concerned us was not just the conflict, but some of the responses to it around the world. Violent acts of antisemitism and Islamophobia broke out across the world, which made for a terrifying time. Some examples of such included calls for physical and sexual violence against Jews in Europe, physical assaults against both Jews and Muslims, vandalism of synagogues and mosques, and more. No one is guilty because of the actions of a government abroad.

It was because of the breakdown in dialogue that we decided to talk about a Jewish-Muslim interfaith initiative. On June 23rd, we met virtually with religious and spiritual scholars from the Jewish, Christian, and Muslim faiths connected to Queens University of Charlotte. We discussed opportunities for Jews and Muslims to engage in intentional interfaith actions and projects. Therefore, we decided to launch the Belk Chapel Muslim-Jewish Interfaith Initiative.

The intent of this initiative is consistent with the values in higher education – civil dialogue and the exchange of ideas. We believe it is time we start talking to each other and stop talking about each other. We are not asking anyone to sacrifice any part of their identity, but rather to bring their unique identities to the table and talk about these serious issues. We want to talk about Israel-Palestine, but we also seek to address other issues that we can unite on. We want to tackle hate – whether it be against Jews, Muslims, or any other minority group in this country. We want to discuss and work together on community issues, such as affordable housing and homelessness.

This initiative will be guided by Muslim and Jewish values as well as by the ethics of pluralism, with three goals in mind: community building, social action, and dialogue.

Community Building: Our lived experiences teach us that we are united by our differences as much as we are by our similarities. We can come from different racial, ethnic, religious, generational and class backgrounds, and still engage in cooperative, constructive, and positive interaction to build a new community together. Interfaith efforts should not only be the mere tolerance of our religious diversity, but rather the active seeking of understanding across lines of difference. We do not want to sacrifice our identities as aforementioned, but we want to seek understanding and to have real encounters and relationships. We want to host Iftar dinners in a synagogue, a Mimouna, and Passover in a mosque. Diana Eck, Harvard Divinity School professor, says it best, “In the world in which we live today, our ignorance of one another will be increasingly costly.”

Social Action: Our religious beliefs are rooted in the values of peace, justice and charity. These values should guide our community building work to address the sharp social, economic, and environmental injustices in our community. There is a great need to mobilize our Muslim and Jewish communities to work and learn together through grassroots and direct social actions to meet urgent needs. One of our goals is to create programs that enable us to address issues that affect vulnerable populations, such as housing and homelessness, food security, and racial disparities. This collaborative service-learning approach provides the relationship building necessary to strengthen our community and prevent hate from having the last word.

Dialogue: Dialogue does not mean everyone at the “table” will agree with one another. However, it means that we are committed to having a “table,” where we can listen, speak, respond to, and affirm each other. This will be our opportunity to create a safe space, where our thoughts are expressed, and voices are heard without fear. The initiative will promote dialogue skills, such as storytelling, dispute resolution, and crisis response. Richard M. Landau, author of What the World Needs to Know about Interfaith Dialogue, said it eloquently, “Nothing is more powerful against the causes and symptoms of religious extremism than interfaith dialogue.”